A young man known as Michael Oshonubi, Most people call him MILO has allegedly taken his life in Ijebu East Local Government Area of Ogun State without anyone knowing the reasons he took such action.

The causes of his death are still under investigation at the time of this report, however, a Facebook user on Tuesday, April 5, said that the young man was found hanging in Ogbere community.

“So sad to announce the death of Oshonubi Michael popularly known as MILO who hung himself for reasons unknown at the time of filing this report at Ogbere, Ijebu East Local Government. May his soul rest in peace.” the post read. 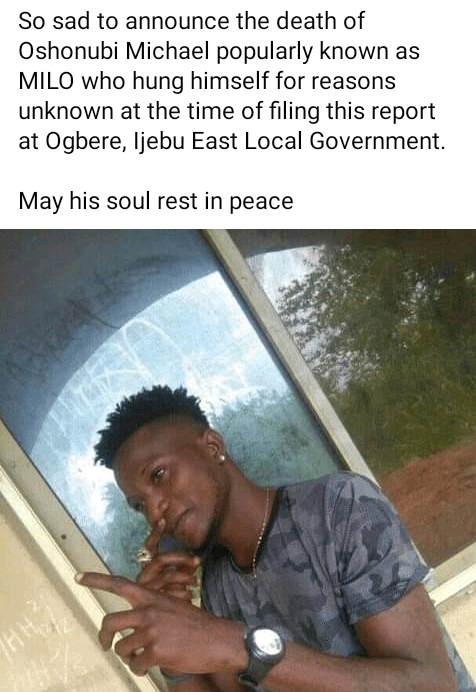 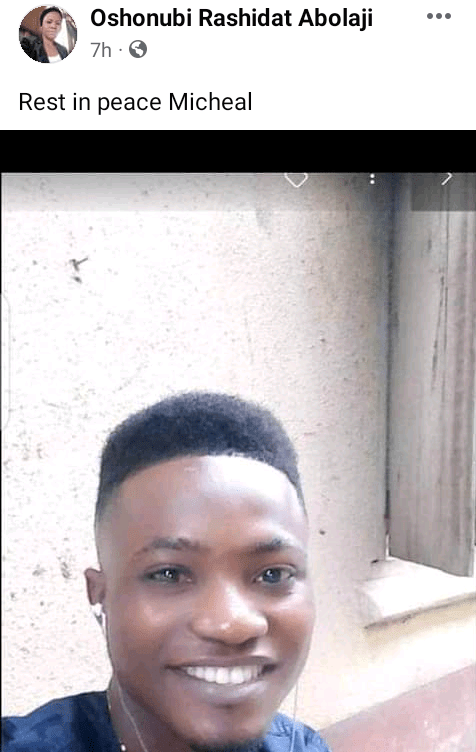