Nkechi Blessing estranged boyfriend, David Opeyemi Falegan, has reacted to being dragged online over his recent claim on what led to the end of their relationship. 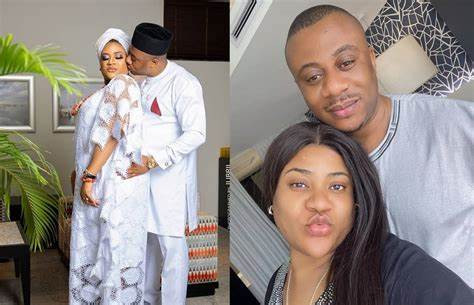 Naijapalaba.com recently reports that Falegan ended their relationship because Nkechi allegedly has poor hygiene and wears same panties for days.   “I left because of personal hygiene, You have to tell a woman to brush her teeth in the morning?”- Nkechi ex lover, Opeyemi falegan dismiss claims that he apologise to her because he wants her back (video)

Reacting to the mixed reaction that trailed the claim, Falegan asked why he is now the bad one.  He also asked why same wasn’t said about Nkechi when she said he’s a 2 minutes man, was jobless and was also fed by her..

In a video Opeyemi shared online, he claimed that Nkechi wore the same pants for three days while they dated, and she doesn’t brush her teeth. He said this while responding to claims that he apologized to her recently because he wanted her back.

Responding to his claims via her Instastories, Nkechi described them as a ”mighty lie”. According to her, she doesn’t have any panties, doesn’t wear and has never worn a pant since she was 18.