A Christ pastor named daddy freeze took to his social media account today to ask a question that storm the whole social media this morning. 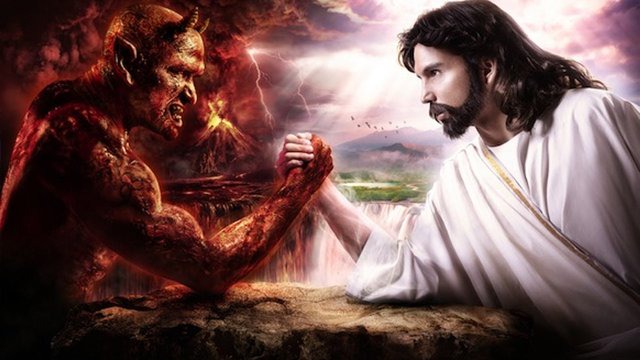 He started by asking that “who is Lucifer Satan or Christ”

Peter said : I was engaging people years ago about the possibility that the story about Satan might have been switched up.

let’s just say i lost a lot of friends.

“Lucifer which is another name for the morning star or day star or light bringer used to be the devil’s name.

Read Also: Davido celebrates his life with phot of Chioma and son

however when he fell, he lost his place Issiah 14:12 no one could claim this place

Until the triumph of Jesus Christ …… he said”

Lot and lot of twitter user have this question going on their mind saying that is lucifer satan or christ? See the screenshot below 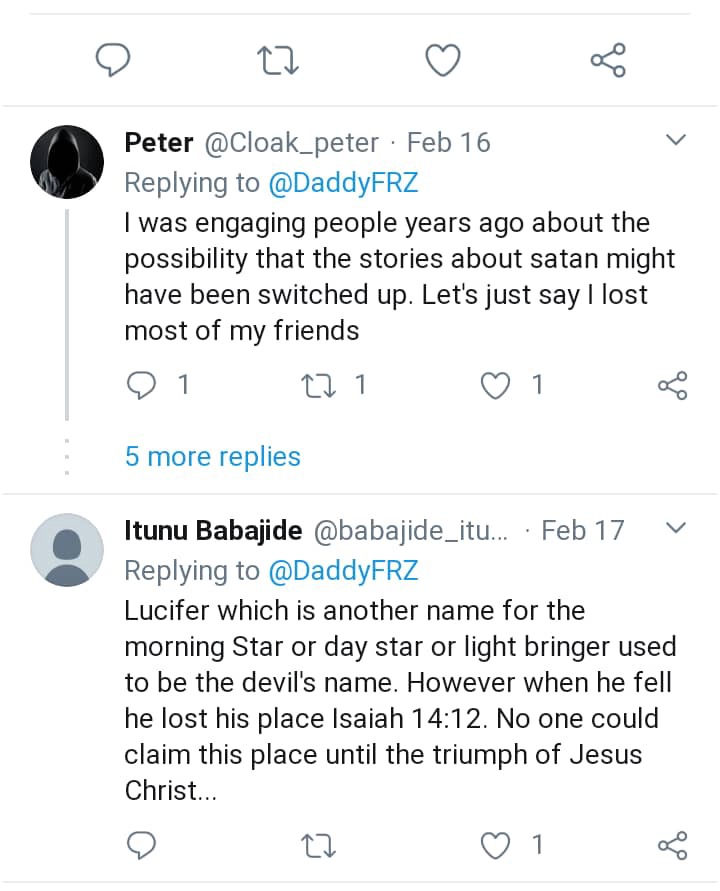 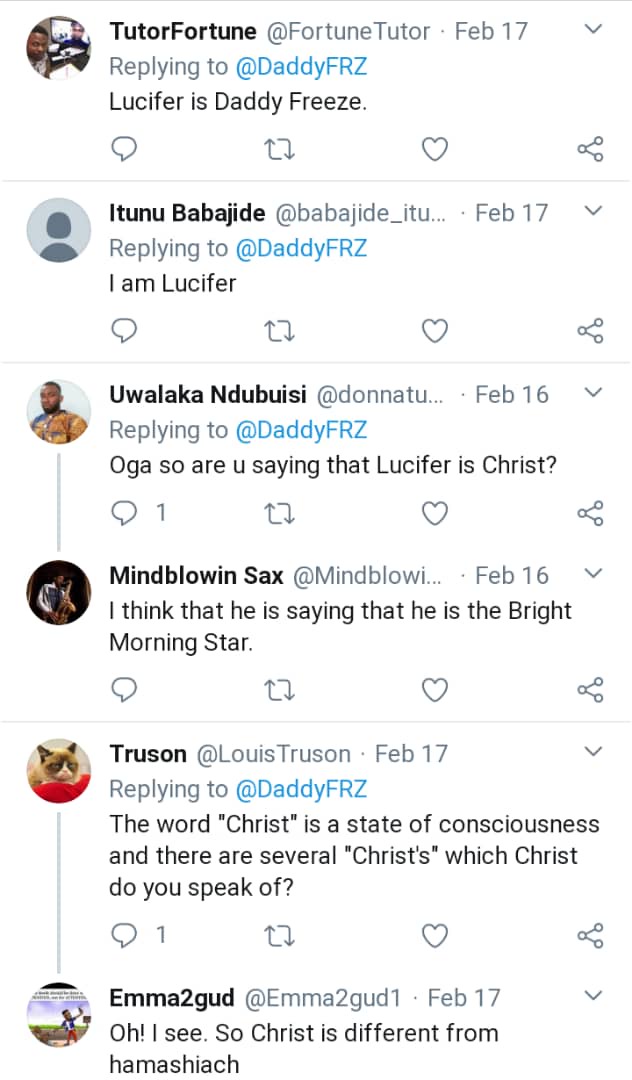 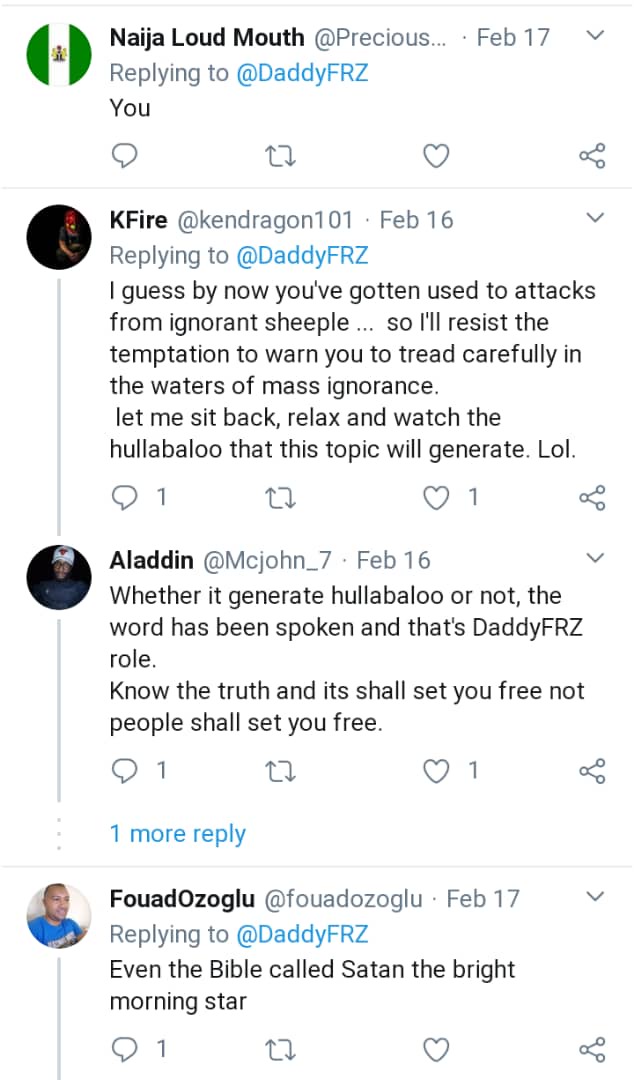