In Niger state, a bride disappeared on her wedding day, so the younger sister replaced the bride and the wedding continued with her. 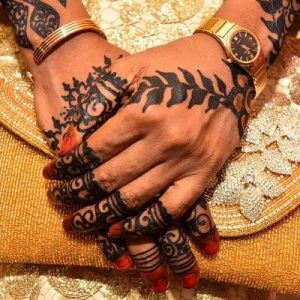 On Friday, May 13, Family members of the couple had gathered for the wedding ceremony in New Bussa, Niger state, when they noticed that the bride was missing.

When the family the questioned bride friends, they revealed that the bride had hinted at going somewhere to hide for a while because she was not interested in getting married.

Both families agreed that the wedding would continue with the bride’s younger sister as the new bride.

The younger sister reportedly agreed to marry her sister’s groom and the wedding commenced.

The replacement bride is said to be happy with her “God-given husband.”