Some Single women praying for husbands was seen at a prayer ministry and the video has been shared online. 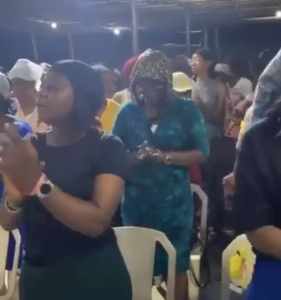 The women who were well covered and had headscarves on, also sang a song which centered on God providing husbands for them.

Watch the video below…………

In another news, Timaya, Nigerian singer took to his Twitter to advice men who want to be polygamists.

The singer said men who want to embrace a polygamous lifestyle should “do it like Ned Nwoko”. “You can’t be managing and have two wives,” he added.

Read here: “You can’t be managing and have two wives” Timaya advices men who want to marry more than one wife