Some Nigeria police officers were seen fighting each other in a camera at Oshodi, Lagos state this weekend. 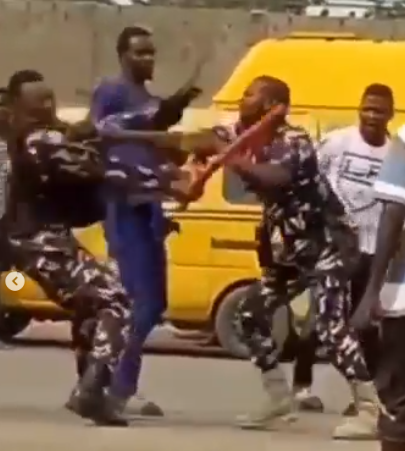 According to SP Benjamin Hundeyin, The state police spokesperson, who confirmed the incident, he said one of the offenders has been arrested and is currently in detention.

Watch the viral (video) below…