A veteran Nollywood actor, Sir David Osagie, who is popular for his role as a king in movies, reportedly died hours after he was on a movie set. 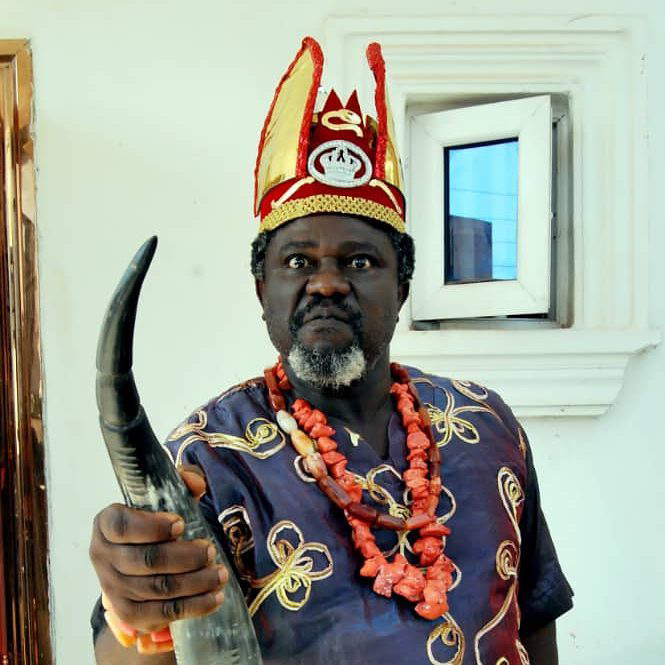 The thespian was on set on Tuesday, May 3 before he died.

His Colleagues took to social media to mourn him said he was on the set yesterday, May 3, only for them to hear of his death this morning. 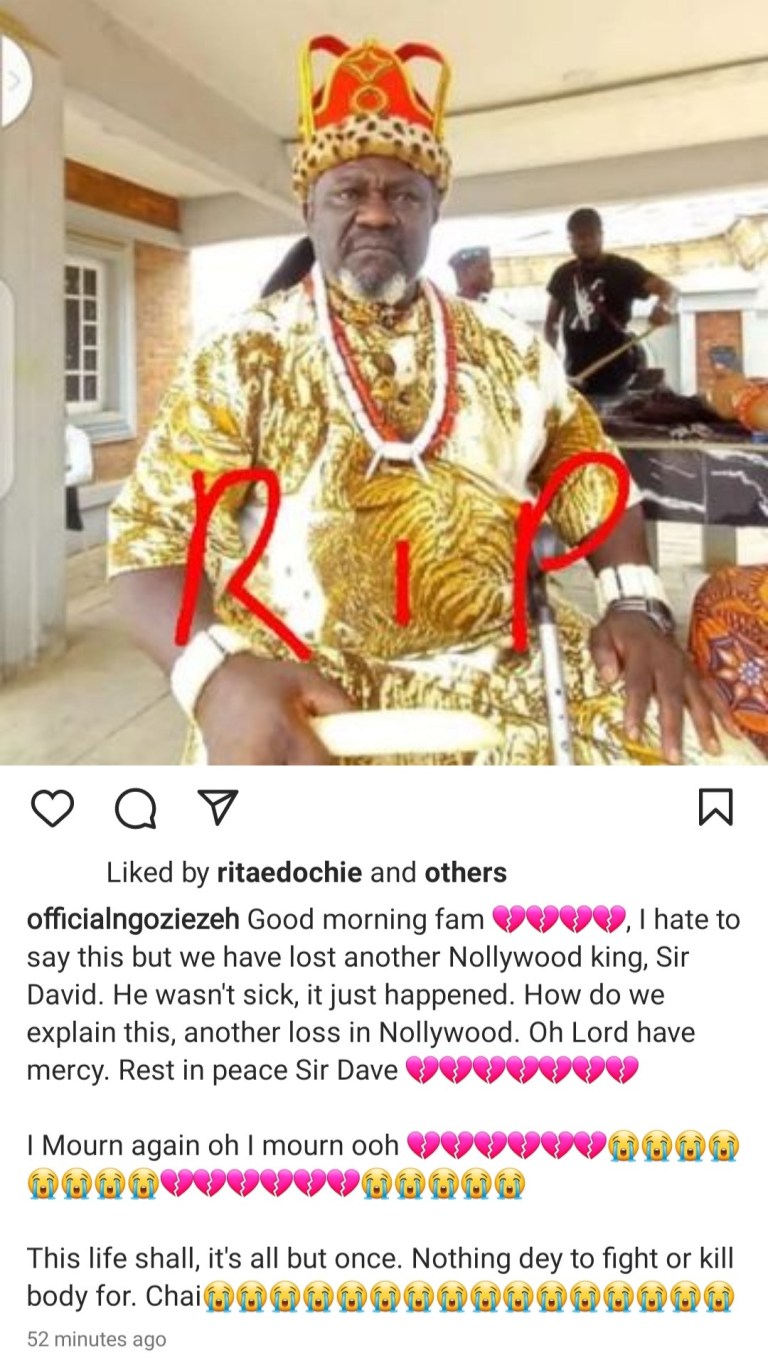 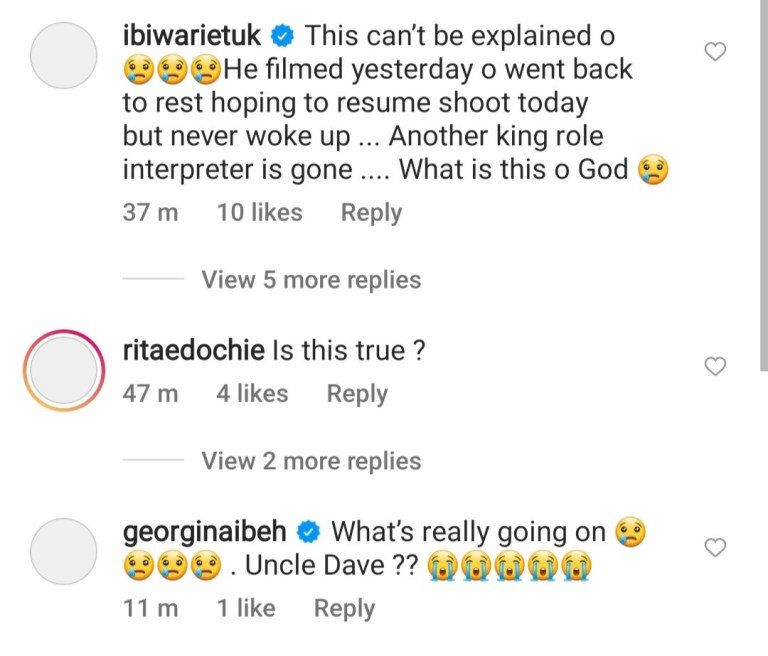