A Nigerian man has taken to his Twitter page , to call out Rita Dominic’s newly-wedded husband, Fidelis Anosike.

According to the man’s post, identified as Vulcan shared on his page, He said Mr. Anosike has been owing his sister since last year. 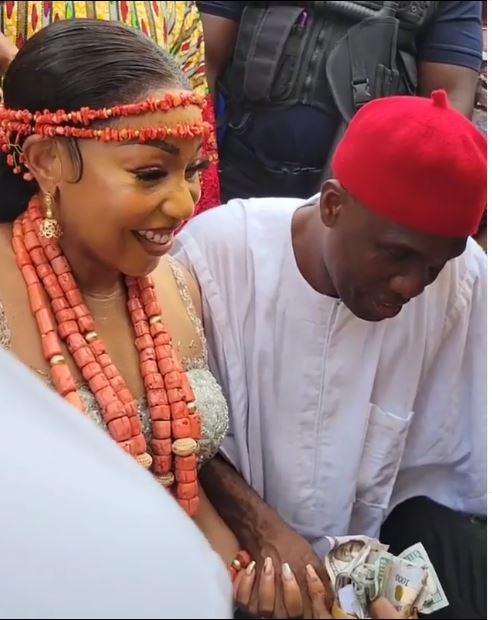 Can Rita Dominic’s husband pay my sister the ₦700k that he has been owing her since last year? What manner of wickedness is this?

Vulcan’s call-out post comes less than 24 hours after Fidelis and his partner tied the knot in Imo State and other netizens have given split reactions on the issue.

See some comments below;

The man owing your sister has no name? Ashiere had to squiz Rita’s name into his brainless relevance seeking nonsense. Apoda

Ha has a name you know?
What’s his wife’s name doing in your mouth?
Na she d owe una?

Why u nor drag the money since?why now tho and why say Rita Dominic’s husband..shebi the man get name?

Because e marry? Make e no marry e no marry again because of chikini moni?

Because e marry? Make e no marry e no marry again because of chikini moni? 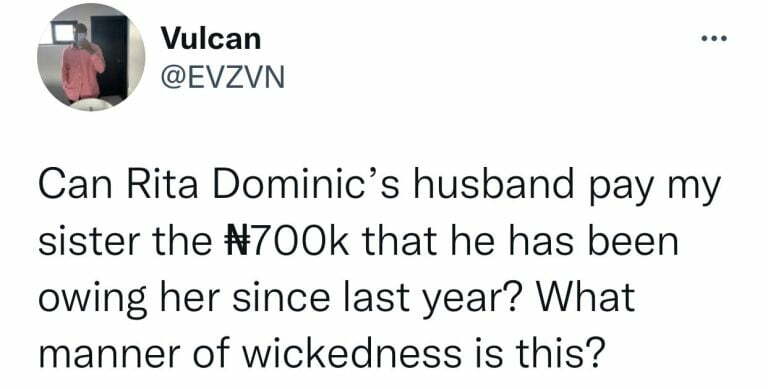