Magic is a big part of the Marvel Universe, sitting right beside science and cosmic power as one of the three reservoirs of super powered abilities.

Magic in Marvel and MCU’s magic users have only become stronger with time and Marvel’s upcoming Magnum Opus Doctor Strange in the Multiverse of Madness is all about its world of magic and its two best users of magic. 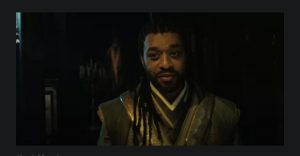 Karl Mordo is a master of the Mystic arts and he assisted in the training of Doctor Strange. Although he has great powers, he has not been given the chance to shine in the MCU yet. His most impressive feat so far was draining the powers from Pangborn who, according to him, was misusing the mystic arts for personal gains. However, we are likely to see a much more powerful version of him in Doctor Strange in the Multiverse of Madness. 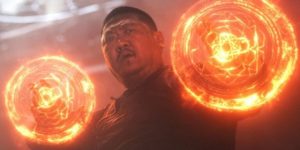 Wong is currently the Sorcerer Supreme as Doctor Strange had been blipped by Thanos. He is one of the strongest practitioners of the mystic arts and although he is not as strong as Doctor Strange, he has held his ground in several battles and has great potential. 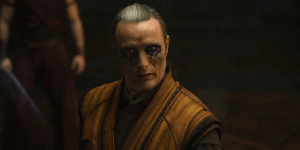 Kaecilius is a master of the Mystic arts beyond the powers that Wong or Mordo could possibly muster. Ancient called him a prodigy and Kaecilius himself believes that he is better than any Sorcerer in the world other than Ancient One herself.

After being branded by Dormammu, Kaecilius received powers from the Dark Dimension which further multiplied his already formidable strength. 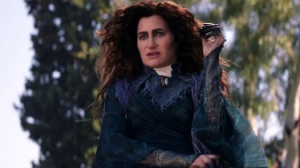 Agatha Harkness is an extremely experienced witch and she has a vast knowledge of witchcraft. Having had the Book of Darkhold for so long, Agatha Harkness knows her way around with dark magic and the fact that she could fool Wanda in her own reality for so many days and toy with her mind, shows how powerful Agatha is.

Agatha can also absorb the powers of others, enchant objects and control others with her abilities. 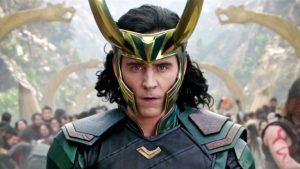 Loki becomes the Sorcerer Supreme in a surprising turn of fate for Doctor Strange in the main Marvel continuity of Earth-616. With all the magical powers Loki has in the comics, the added mystical benefit of the Eye of Agamotto as well as the Cloak of Levitation make Loki even more powerful.

In the first Avengers movie, we saw that Loki could control the minds of others using his magic and he could also teleport and make several duplicate forms of himself just like Doctor Strange.

However, he displayed the strongest use of his magic in the final episode of the Loki series where he and Sylvie defeated Alioth using his magic. 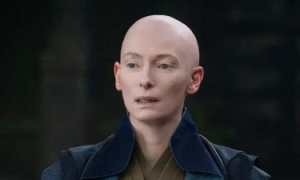 The Ancient One is insanely powerful, even more, served as the first Sorcerer Supreme in Earth-616, granted by the title and the Eye of Agamotto by Eternity, one of the most powerful cosmic beings in the Marvel Universe.

The Ancient One, or Yao as he was once known, could derive power from the ambient magical energy of the universe. He could teleport enormous physical distances on Earth or through a variety of dimensions of mystical planes, as he’s shown since his death in the comics. He has been able to visit Doctor Strange from beyond the realm of the living on some occasions.

She is also a master at controlling her and others’ Astral Form and can also send others to any other dimension. She undoubtedly deserves to be in the Top 5 on the list of Most Powerful Sorcerers in MCU. 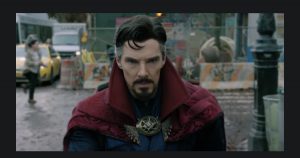 The Ancient one said in Doctor Strange (2016) that Strange was destined to be the Strongest of all the practitioners of Mystic Arts including herself and Agamotto. Kevin Feige himself said that between the first Doctor Strange movie and Infinity War, Strange has improved a lot as a sorcerer and he is always learning. His eidetic memory and strong will to learn to give him an edge over most of his rivals.

In Avengers: Infinity War, Doctor Strange fought against Thanos without even using the Time Stone and he almost defeated the Mad Titan. Thanos had to use four of the infinity stones to defeat Dr Strange which shows how powerful he is. We will see more of his powers in the upcoming movie Doctor Strange in the Multiverse of Madness. 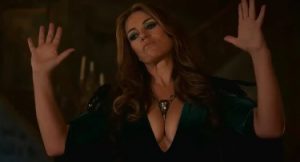 Most of you might not be familiar with the name of Morgan le Fay but believe me when I saw that she is one of the most powerful Sorcerers in MCU. Morgan le Fay appeared in Marvel’s Runaways show and many consider her ‘too strong to contend with’.

She battled against the Staff of One, an ancient relic with powers that dwarf that of most masters like Wong and Kaecilius. Morgan is sometimes even referred to as being more powerful that the Staff itself. The staff of one gives its users powers to warp reality and many other immensely strong powers.

Morgan can nullify the negative effects of Dark dimensions, can enchant objects, manipulate elements, teleport, heal herself and also control time without using the Time Stone. 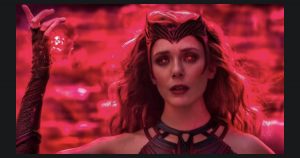 After watching Wandavision, In the MCU, Wanda Maximoff (Scarlet Witch) gets her powers from chaos magic.But in the comics, the exposure to mystic energies and forces at an early age gave her the ability to reshape reality. This power manifests completely during the disastrous House of M event.Her other insanely powerful magical powers are based on spells and incantations, which she learned from other magicians.

We saw Strange Supreme in the fourth episode of Marvel’s ‘What If…?’ which was their first animated Disney+ project. In this alternate universe, Strange lost his love, Christine Palmer, in the car accident instead of his hands and a grieved Doctor Strange tried to change an absolute point in time to bring her back. However, he needed a great deal of power to do so and thus he turned towards dark magic and started absorbing the powers of creatures from the Dark dimension.

In the end, he is able to defeat an alternate version of himself and he brings back Christine Palmer but his desecration of reality caused his universe to be destroyed and everything was gone including Christine. Supreme Strange thus remained in his solemn state of solace for eternity.

However, the Watcher called Supreme Strange later in the final episode to fight Ultron alongside the Guardians of the Multiverse and we saw the full potential of Supreme Strange’s powers in that episode. It was like never we have never witnessed before. He literally absorbed the powers of the 6 infinity stones and nullified the effect of Ultron’s snap, completely shocking him. He is too powerful for live-action MCU and he would absolutely destroy even Scarlet Witch. Due to this reason, he tops the list of the most powerful sorcerers in MCU.