James Brown, Nigerian crossdresser, has returned to Nigeria after traveling to the United Kingdom for several months to study. 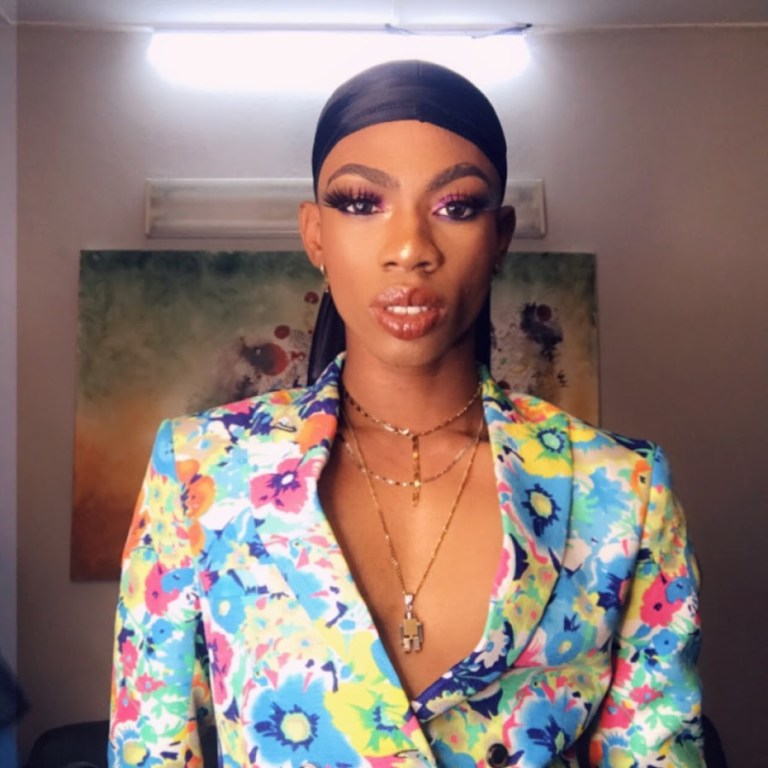 James Brown, who travelled to the UK since February to study , shared a video on Tuesday, May 3, showing how he was welcomed by a group of drummers, dancers, his friends, and his sister, Gracious Brown, from the airport.

According to James brown, he said he’s back to change the mentality of Nigerians.

However, after only a few hours in Nigeria, James Brown took to social media to express his dissatisfaction with the country’s harsh weather.

He stated that his body has become accustomed to the weather in the United Kingdom and that despite being in a fully air-conditioned room, he is dripping with sweat.

“This Country is too HOT 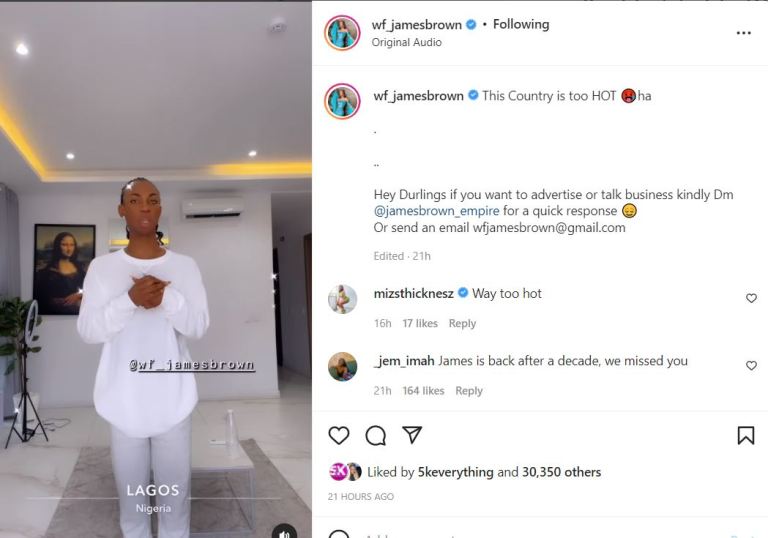 Tags
James Brown
OlamideMay 4, 2022
85
You may have Missed
Load More
Facebook Twitter Messenger Messenger WhatsApp Telegram
Close
Naijapalaba
Manage Cookie Consent
To provide the best experiences, we use technologies like cookies to store and/or access device information. Consenting to these technologies will allow us to process data such as browsing behavior or unique IDs on this site. Not consenting or withdrawing consent, may adversely affect certain features and functions.
Manage options Manage services Manage vendors Read more about these purposes
View preferences
{title} {title} {title}