On May 19, Popular Nigerian rapper, MI Abaga, and journalist, Joey Akan, took to the Twitter to fire brutal shots at each other. 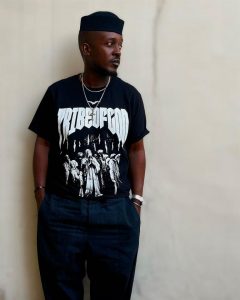 It all started when Joey Akan, the journalist got the attention of Mi Abaga after he stylishly threw a shade at Nigerian rappers after American rapper, Dababy, visited the country to shoot a music video with Davido but didn’t link up with any Nigerian rapper.

Meanwhile Naijapalaba.com recently reported: Must Read: Davido Has Turned Himself To An Errand Boy For Dababy, What he did will shock you

“Why is Dababy not having one-on-one with local Nigerian rappers? No meet-and-greet? No hailings?

“wE nEeD tHE CUltuRe to resPect Nigerian wrappers.”

You rappers should go and drag Davido na. Since entitlement is usually your first name. ???”

Abaga who had earlier lashed out after he wasn’t allowed to have a one on one meeting with the popular American rapper, Rick Ross when he came to Nigeria in April for a concert.

Well, The Nigerian rapper saw Joey’s tweet on the timeline and instantly knew it was an attempt to mock him over his earlier statement.

The 40-year-old rapper didn’t take the tweet lightly and fired back at him, while calling him “a small minded and insecure” person who feels better by speaking ill of other people.

He also went on to call him an enemy of HipHop and told him he was no longer welcomed in “Nigeria’s hip-hop community.”

Responding, Joey slammed MI for thinking he has the power to excommunicate him from the industry. He also shamed the rapper for “begging” for respect and said the music industry no longer rates him.

He didn’t stop there but went further to accuse MI of attempting to ruin the careers of several artists in the industry.

See the exchange below, although it’s a long read, 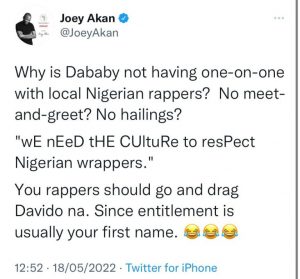 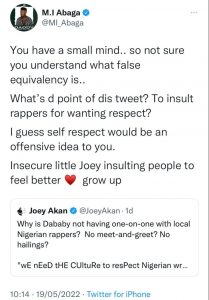 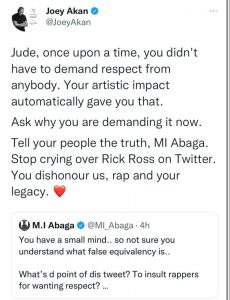 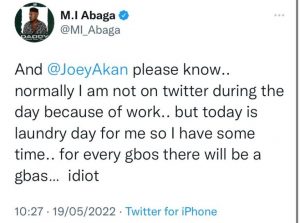 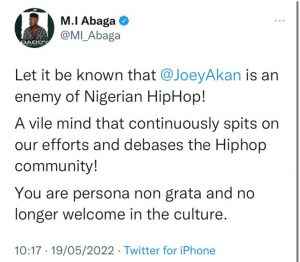 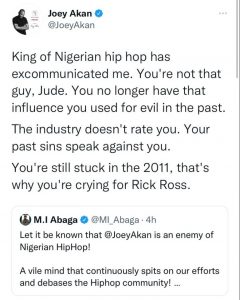 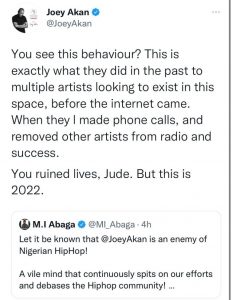 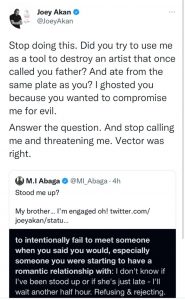 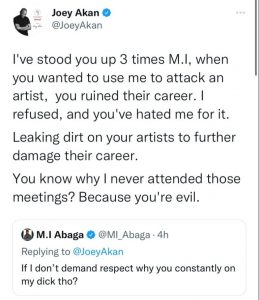 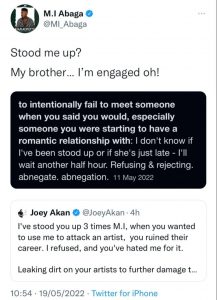 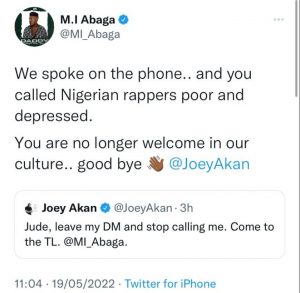 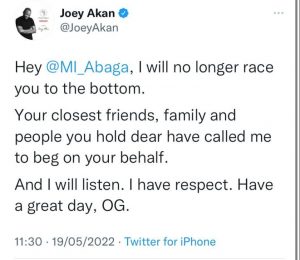