A widow, Mrs. Stella Ndidi Amaka Ekwerekwu, has been taken into police custody in Abuja for presenting a four-month-old baby boy as son and next of kin to her late husband, Victor Ameachi Ekwerekwu.

Mrs. Ekwerekwu, according to a petition to the Inspector General of Police, dated January 3, 2020, by the late husband’s brother, Charles Ekwerekwu Nwabufo, brought the baby to her husband few hours after his demise as his son.

The couple, who are natives of Onitsha, Anambra State, was said to have married for 18 years without a child. The accused was said to have a few hours after the presentation of the child to her dying husband, proceeded to the probate registry to register the child as next of kin to her husband.

To this end, the husband’s family who are aware that the couple had no child in their 18-year old marriage, became suspicious and called for the arrest of the woman.

In the petition sent to the IGP, Mohammed Adamu which necessitated Mrs. Ekwerekwu’s arrest and subsequent detention, the petitioner, Charles Ekwerekwu Nwabufo alleged that his brother’s wife who could not bear a child during their 18 years marriage, appeared with the child on her brother’s sickbed few hours to his death claiming to be his son.

Besides claiming that her deceased husband fathered the child, Mrs. Ekwerekwu, according to the petitioner, also presented the child as next of kin to her husband.

The deceased, who died on October 29, 2019, is still lying in the mortuary. Following Mrs. Ekwerekwu’s action, her husband’s family led by Charles Ekwerekwu Nwabufo, petitioned the police boss, seeking a thorough investigation into the cause of the man’s death.

The police boss, who acted on the petition on January 4, 2020, following the family request in the petition dated January 3, 2020, directed the Intelligence Response Team unit led by Deputy Commissioner of Police, DCP Abba Kyari to act swiftly.

Vanguard gathered that it was based on the strength of the petition that Mrs. Ekwerekwu, who is said to be currently in custody at the Force Headquarters, Abuja, was arrested.

It was gathered that during the interrogation by IRT detectives, the suspect confessed that the child does not belong to the deceased, while the documents in the probate registry where the child was registered have also been recovered.

The complainant Charles Ekwerekwu Nwabufo had alleged in his petition to the Inspector General of police Mohammed Adamu, alleged that “Stella, who was married to his late brother, Victor Ekwerekwu for 18 years without any issue, suddenly brought a four-month-old baby few days to his brother death and claimed that the late husband was the father of the child.”

Also, a bank manager who was accused of facilitating withdrawal of money from the deceased account to the wife has also been arrested by the police It was gathered that the IRT operatives had gone far in their investigation and that more persons who allegedly assisted the accused to hatch the plan will be arrested.

The police could not respond to calls made for an inquiry yesterday. Text message sent to the head of the IRT unit, DCP Abba Kyari, seeking clarification, had not been answered at press time. 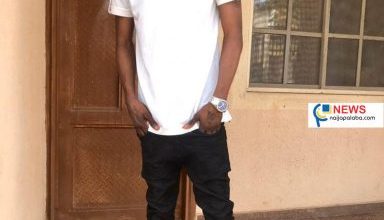 Coronavirus: I am Not Positive, It is only a Prank – Man Shout out to NCDC as his Photos go Viral (Video)

Don’t lockdown too early to prevent covid-19 – WHO Warns