– A Twitter user has taken to the platform to reveal what a tenant did after he was served a quit notice.

– Identified as @MTinuoye, the tenant who was owing rent, made sure to destroy the house before moving out.

– @MTinuoye share photos of the PVC ceiling which has been ripped apart by the tenant.

It is no doubt that Nigerian landlords and tenants often have very shaky relationships that stem from many issues bothering on rent payment and different breach of contracts by either the landlord or the tenant.

Twitter user, @MTinuoye, recently took to the platform to cry out for help after he revealed what a tenant who was owing rent, did to his landlord’s property after he was served a quit notice. According to her tweet, the rent-owing tenant has been taken to the police station several times on the issue of his rent payment, but he keeps bribing his way out. He eventually moved out but not before destroying the property.

She shared photos of the destroyed PVC ceiling which he ripped open. See screenshot of her post which she seems to have deleted. 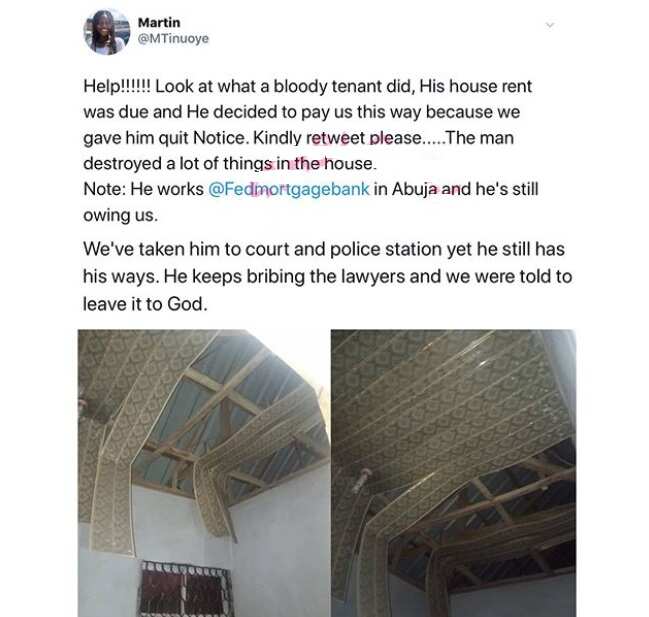