A woman whose identity is yet to be known has been arrested for allegedly beating up her stepdaughter to death in Port-Harcourt, Rivers state after she ate a plantain her father bought.

The woman said to be the wife of a Nigerian soldier serving at the 6 Division of the Nigerian Army and Father to the deceased child beat up the girl even after a female soldier interfered and tried to stop her from beating the girl any further.

But attempts made to stop her from carrying out her devilish act proved abortive and even calling her husband to order the female soldier out of their apartment.

After the Female soldier had left, the said woman continued beating the girl till she slumped then later rushed to the hospital where she was confirmed dead.

The girl was reported to be around 10 years of age. 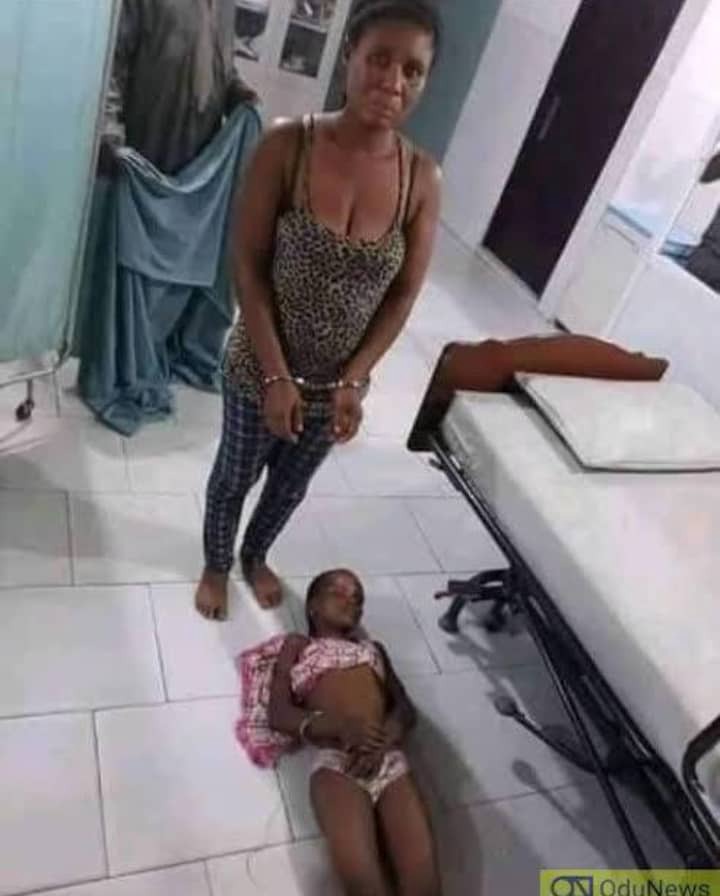