Rihanna has allegedly broken up with her boyfriend , rapper A$AP Rocky after she caught him cheating.

The 33-year-old singer and fashion entrepreneur who is expecting her first child with her rapper boyfriend A$AP Rocky, are said to have parted away after the she caught him cheating with Fenty footwear designer Amina Muaddi, according to Kurro, a prominent Hollywood tabloid.

Kurro affirmed the following: “Rihanna and ASAP Rocky are rumoured to have broken up.” 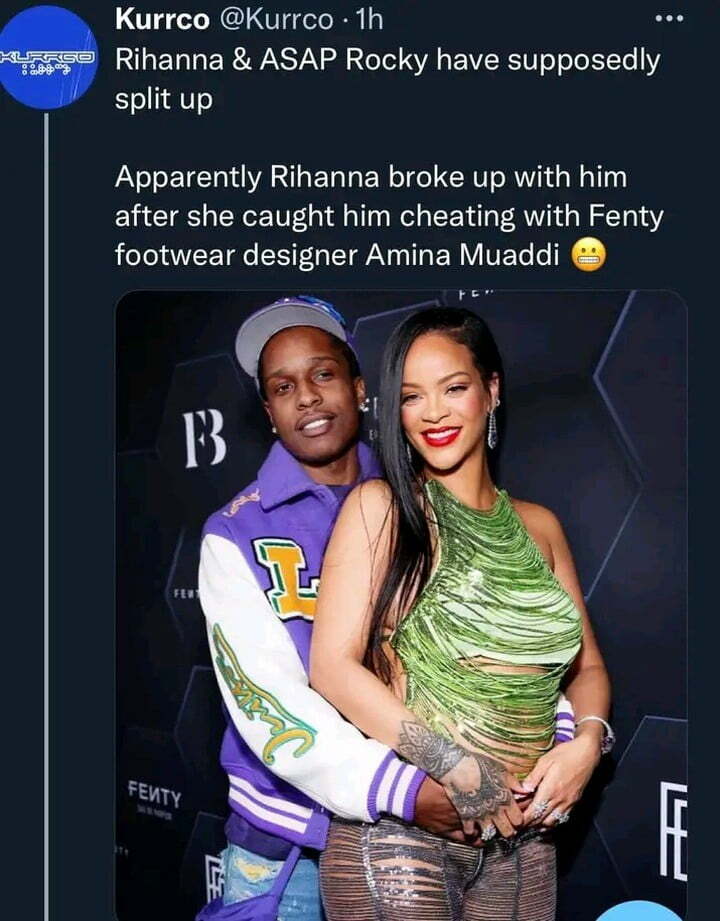 “Apparently, Rihanna dumped him after discovering he was having an affair with Fenty footwear designer Amina Muaddi.”

Rihanna and ASAP Rocky made headlines together when they announced they were having a child together in February 2022.