Iyabo makes debut as cast of the “Real Housewives of Lagos” show. 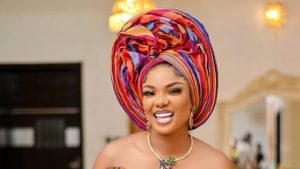 The Real Housewives of Lagos (RHOLagos) trended on Showmax on the 8th, April 8, 2022.

The showmax reality series began trending at number one on Twitter from 5 pm on Thursday for 15 hours straight ahead of its Friday launch.

As of this news article, Many fans are looking forward to the input of Nollywood Actress, Iyabo Ojo, on this reality TV Show ‘Real Housewives Lagos. The actress trends at #1 on Twitter for her intriguing outfit inspiration of Queen Amina of Zaria and her role in the cast of the reality TV show ‘Real Housewives of Lagos’. 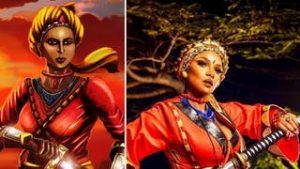 Ojo has been making headlines since her audacious costume for the premiere of the King of Thieves.

Naijapalaba.com reported: Meet 5 Popular Nollywood actresses who have the cutest grown up children

Carolyna Hutchings, is a business woman and also a mom of three -who is CEO of Hutchings Limited, a real estate, oil and gas, and agriculture company. And also the founder of Hopeville Foundation, an NGO that caters to women and children.

To, Chioma Ikokwu, who doubles as a lawyer as well as co-founder and CEO of luxury hair brand Good Hair Ltd, and Brass and Copper Restaurant & Lounge. She also runs a women- and children-focused charity calhot-bloodeddway Foundation.

Nollywood actor Iyabo Ojo, who is an influencer, producer, TikTok sensation, brand influencer, entrepreneur and CEO of Fepris Limited. The actress is divorced and a mother of two grown children. She is also recognized as one Nigeria’s top fashion celebrities.

While Mariam Timmer is a Public Relations expert and chief executive director at Six Sixteen Agency, she’s also the creative director at Lure Fashion Limited, an online retail fashion line, an online content creator, YouTuber and entrepreneur. Marian is married to John Timmer and they have a beautiful daughter.

Finally there’s a renowned celebrity stylist, fashion designer, business mogul and CEO of Tiannah’s Place Empire,  Toyin Lawani. She is a mother of three super-talented kids and is married to musician and creative photographer Segun Wealth. 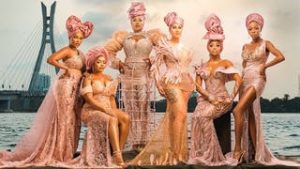 The cast will give in the true style of Lagos, the creme de la creme,  fashion, embellishment, drama, and power plays

The cast will give in the true style of Lagos, the creme de la creme,  fashion, embellishment, drama, and power plays that the franchise is known and admired for globally.

The casts embody women who have built empires for themselves and fought tooth and nail to climb up the ladder while managing their homes and raising children in the most desirable places.

These women are simply living the Lagos woman’s dream.

This drama-filled reality show not only fills us in on the nitty-gritty scenes of their endless shopping sprees, and parties but also the good, the bad and the ugly competition within their social circles.

All the buzz surrounding the show and trends, according to Busola Tejumola, executive head of content and West Africa channels at MultiChoice Nigeria, is because:

“Franchise fans across Africa have long anticipated the Real Housewives of Lagos, and we’re excited to bring it to your screens finally. The show will explore the rich culture and lifestyle of Africa’s largest megacity, Lagos.

Through the eyes of six of the city’s most glamorous women…….,.. We are certain that our viewers will enjoy the ride.”

From reports, RHOLagos will be the first Nigerian instalment of the award-winning franchise, distributed internationally by NBCUniversal Formats, which is part of Universal International Studios, a division of Universal Studio Group.

The show is produced by Live spot 360 and is available exclusively on Showmax in more than 40 African countries.

Tags
iyabo ojo Real Housewives of Lagos
OlamideMay 20, 2022
1,096
You may have Missed
Load More
Facebook Twitter Messenger Messenger WhatsApp Telegram
Close
Naijapalaba
Manage Cookie Consent
To provide the best experiences, we use technologies like cookies to store and/or access device information. Consenting to these technologies will allow us to process data such as browsing behavior or unique IDs on this site. Not consenting or withdrawing consent, may adversely affect certain features and functions.
Manage options Manage services Manage vendors Read more about these purposes
View preferences
{title} {title} {title}