According to The Nation,It was  reported that the robbers stormed the station during a live broadcast and collected laptops, phones and personal belongings from the staff on duty .

One of the radio station staff, Kenny Ogunmiloro tweeted, He stated that the incident happened around 6:30am and it was also learnt that no one was hurt.

Nowhere is safe again, not even radio stations are spared again in d porous level of insecurity in the country My radio station was robbed by 3 armed men this morning around 6.15 am. Phones, laptops, ATM cards, and gadgets were taken away but no one was hurt This is sad 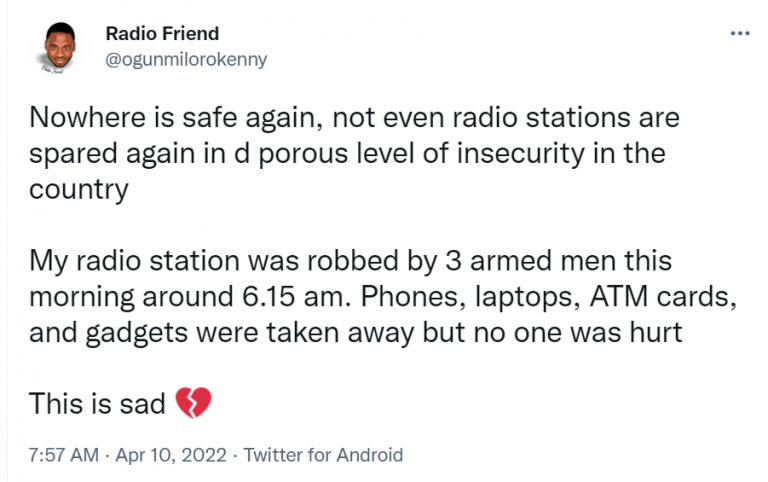