Share
The Educational Board of The Obafemi Awolowo University Ile-Ife, Osun state has called all activities in the school to a stop as the pandemic affecting the world at large takes its toll on Nigeria.
The move complies with the Federal Government’s directive to shut down all the federal universities to curtail the spread of coronavirus in Nigeria, as earlier announced by the Minister of Education, Alhaji Adamu Adamu.
According to a statement by the Public Relations Officer of the university, Abiodun Olarewaju,  all students had been directed to proceed on break, while those in the university’s halls of residence had been asked to vacate their hostels and go home.

“Students are expected to be leaving their hostels and the campus beginning from Monday, 23rd March 2020, latest by 5:00 pm,” Olanrewaju said.
“Because of this, parents and guardians of our students are advised to ensure that their children and wards comply fully with the order,” he added.
Meanwhile, the Vice-Chancellor, Professor Eyitope Ogunbodede, has announced the suspension of all local, national and international conferences, seminars or workshops scheduled to hold in the university until further notice.
He, however,  implored the organizers of such programs to bear with the university management and join hands with it to have a healthy and safe environment.
Tags
collegeofeducation coronavirus covid 19 nigeria university
Facebook Twitter LinkedIn Pinterest Pocket WhatsApp Telegram Share via Email Print

ASUU Embarks On Indefinite Strike Over Disagreement With FG 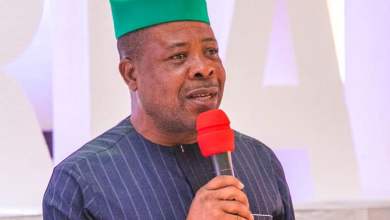