Naijapalaba.com reported: Blossom’s Ex wife, Maureen Esisi shares screenshots of the vile messages she got after the actor’s wedding photos hit the Internet 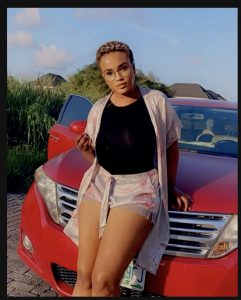 This comes following the marriage of the actresd ex husband to a new wife; one which triggered mixed reactions from trolls targeted at Maureen.

The thespian to her image-sharing platform on Instagram, the single actress shared more snapshots of ill comments aimed at her from trolls supporting her husband.

Read also: “It is better to marry an Ehinome than a woman who twerks on Instagram” – Twitter influencer, Sally blast those body-shaming Blossom’s new wife

In reaction, Maureen Esisi threatened to open can of worms involving the truth about her broken marriage that many did not know about.

“Be looking for my throuble. I wii soon thell my Thruth and off thhe intherneth finally????,” she wrote while sharing a meme of an old woman wielding a hammer.

“I have a headache?,” she added while sharing messages from trolls in her Direct Message. 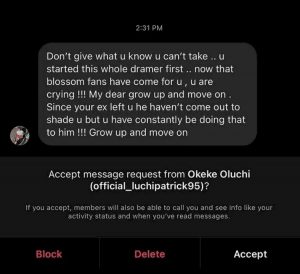 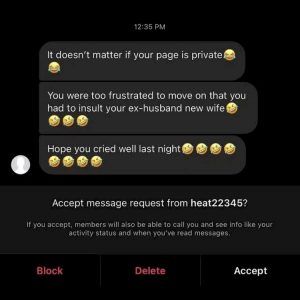