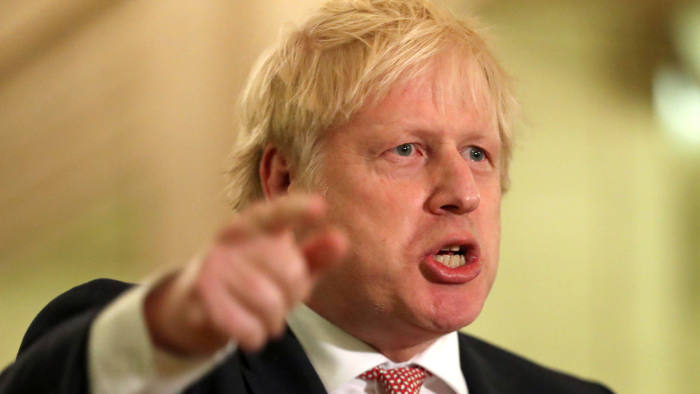 Boris Johnson has been accused of making “racist and offensive” comments by implying Nigerians are obsessed with money in an article which has resurfaced.

The prime minister wrote that young people “have an almost Nigerian interest in money and gadgets of all kinds” in October 1999, while editor of The Spectator magazine.

Weyman Bennett, the co-convenor of Stand Up to Racism, called the remarks “deeply racist and offensive”.

“This can be added to the ‘piccaninnies’ and ‘watermelon smiles’; the abject refusal to properly apologise and change his behaviour around racism,” he told The Guardian, which uncovered the old column.

“This is deeply offensive and unforgivable,” he said. “He should be held to account.”

Mr Johnson’s article discussed the impact of the former prime minister Tony Blair, who he wrote “had found a way of making people feel good about getting rich”.

The prime minister came under fire on the same day for remarks directed towards single mothers in a newly unearthed 1995 column for The Spectator, in which he called their children “ill-raised, ignorant, aggressive and illegitimate”.

He also wrote it was “outrageous that married couples should pay for single mothers’ desire to procreate independently of men”.

Mr Johnson has faced criticism for comments in past newspaper columns as he ramps up his election campaign.

Last week, it emerged that he wrote he thought he was more likely to be attacked by black youths than white ones in an old Guardian article, saying “if that is racial prejudice, then I am guilty”.

Mr Johnson defended past comments on Question Time when host Fiona Bruce recently asked him about remarks criticised for Islamophobia and homophobia.

“If you go through all my articles with a fine-tooth comb and pick out individual phrases, there’s no doubt that you can take out things that can be made to seem offensive,” he replied.