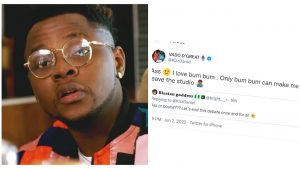 Naijapalaba.com report: Celebrity stylist, Toyin Lawani says she won’t proceed with the butt surgery she has paid for after a woman d#ed from botched plastic surgery

For a long time, there’s been an internet argument about which draws the opposite gender more: a woman’s bosom or her backside. As a result, a Twitter user decided to put an end to the long-running debate by conducting a poll in which men were asked to select their spec.

Kizz Daniel then replied to the tweet, noting that he’s a lover of derrière. He added that it’s the only thing that can make him leave the studio during a recording session.

I love bum bum . Only bum bum can make me leave the studio 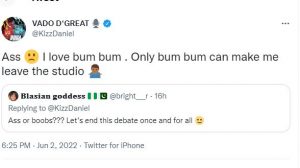 Social media users have reacted to his tweet, with some claiming that this explains why so many women have plastic surgery to improve their bum size.

See some reactions below, 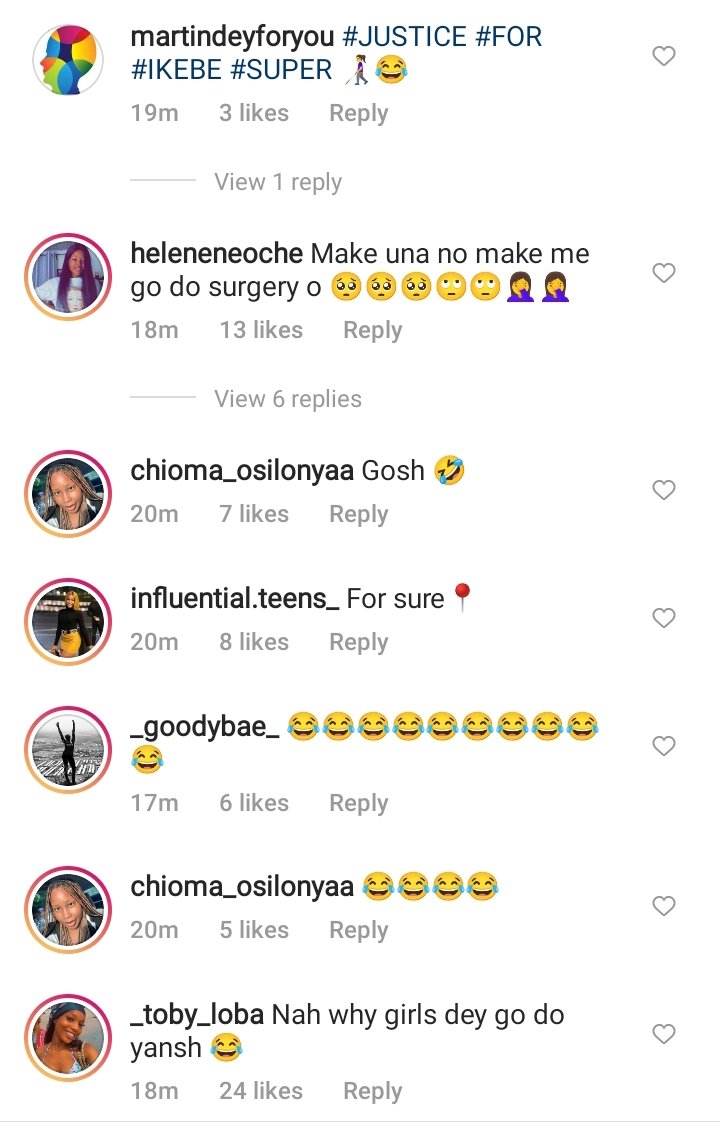 OlamideJune 3, 2022
3
You may have Missed
Load More
Facebook Twitter Messenger Messenger WhatsApp Telegram
Close
Naijapalaba
Manage Cookie Consent
To provide the best experiences, we use technologies like cookies to store and/or access device information. Consenting to these technologies will allow us to process data such as browsing behavior or unique IDs on this site. Not consenting or withdrawing consent, may adversely affect certain features and functions.
Manage options Manage services Manage vendors Read more about these purposes
View preferences
{title} {title} {title}