On Monday, May 2, About 9:00pm, An airplane which was about to take off from Port Harcourt International Airport reportedly caught ‘fire.’ 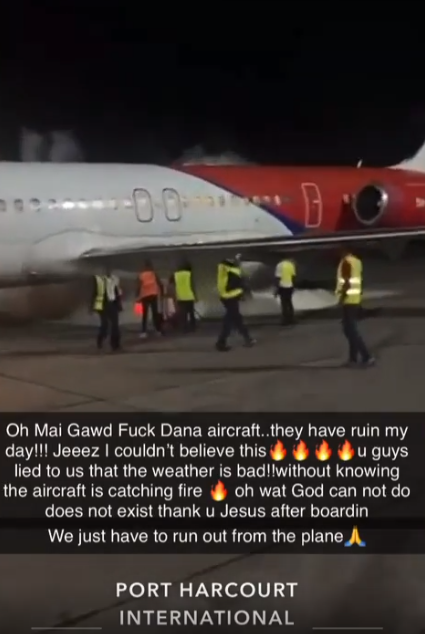 A passenger alleged that they were initially lied to that the weather was bad, without knowing that the aircraft was on fire.

She also revealed that they had to run out of the airplane.

Watch the (video) below……