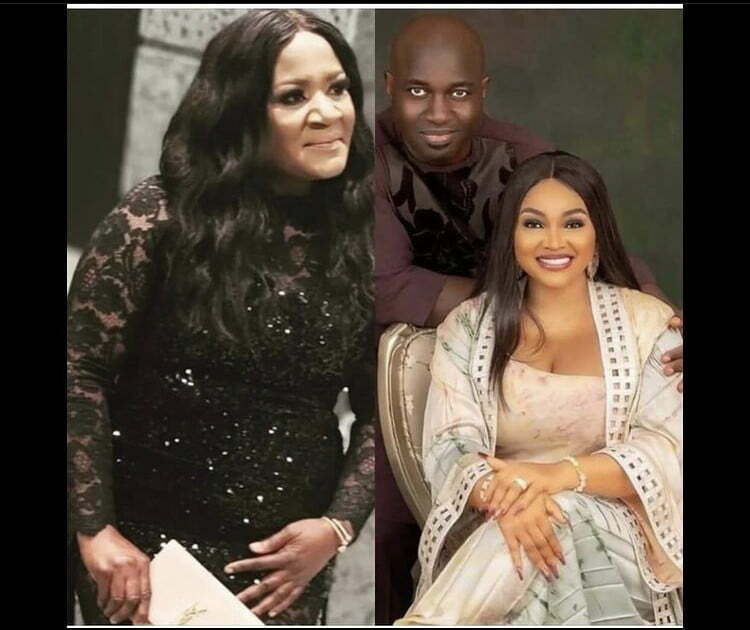 Rumor has it that Nollywood actress, Mercy Aigbe, has packed out of her new husband, Kazeem Adeoti popularly known as a Adekaz’s house , barely three months after their marriage, after marrying Funsho Adeoti’s husband.

The actress is said to have returned to her own house, however, it’s unknown if she and her new husband are having marital crisis.

A journalist, identified as Eniola Daniel, took to his verified Twitter page on Thursday, April 14, to give this update.

Information reaching Vawulence headquarters be say Aunty Mercy Aigbe don go back to her house for now oo as the first wife and the husband gather build the house together ni before Aunty Carry her two left legs enter their marriage dabaru am oo and as it is matter still Dey ontop the house, the wife Na abroad based so as Aunty Dey come house Den Dey enjoy she don think say the first wife no go come 9ja come claim her property, you see why I say believe all these yeyebrities at your own risk.”