Meet the woman born with 31 fingers and toes who has spent her entire life hiding at home after being branded a witch by her cruel neighbours.

63-year-old Kumari Nayak, has polydactylism – a common abnormality at birth where the person has extra fingers and toes. 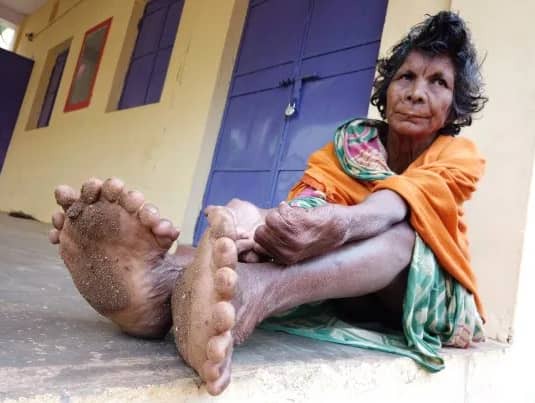 With 19 toes and 12 fingers, Kumari enters the Guinness World Records for having the most digits in the world. But she said her condition has plagued her for the entirety of her life and means she often feels forced to stay indoor.

She does not have enough money to get medical treatment and claims cruel neighbours call her a ‘witch’and avoid her in the street. 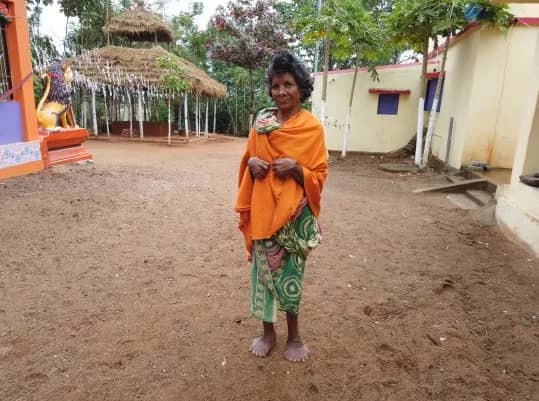 Kumari, from Ganjam district in Odisha, India, said: ‘I was born with this defect and I couldn’t be treated as we belonged to a poor family. ‘It has now been 63 years that I have had this condition.

‘The residents nearby, who are too much into blind faiths, believe that I am a witch and keep away from me. They sometimes come to see my condition – but never help. ‘I am forced to stay indoors as I am being treated differently which is not a nice way of treatment from my neighbours.’

One of her neighbours, who is aware of Kumari’s condition, said others in their ‘small village’ put too much belief in superstition. The neighbour said:

‘I know that she has a medical problem and has nothing to do with what others believe her to be. ‘I feel so sorry for her that she cannot even afford to get herself treated.’ Across India, 134 people, mostly women, were killed for the alleged use of ‘black magic’ in 2016, according to the National Crime Records Bureau. In some parts of the country to this day, women accused of black magic are killed by lynch mobs under the guise of ‘witch-hunting’. 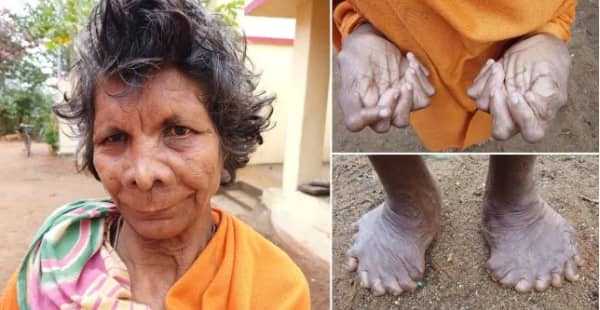 According to DW News, several Indian states have introduced laws to prevent it, but activists say they are inadequate. Government officials in India, having heard of Kumari’s plight, have offered her a home and a pension, and are making attempts to spread awareness among her neighbours. An administrative department spokesman said:

‘We are aware of her situation and have offered all possible help.

‘We are also educating her neighbours to treat her with love and compassion and that she is not a witch.’

Zambian man commits suicide after he slaughters his wife,

Coinpaga: Everything You Need to Know About Crypto Wallet – 2020/2021 Review

Many Injured, one died as two men and religion fight over lady’s love in Taraba