Oba Obateru Akinrutan is the Olugbo of Ugbo land, a small oil-rich community in Ondo state, according to Forbes he is estimated to be worth about $300 million. He ascended the throne in 2009.

Oba Obateru Akinrutan is also the founder of Obat Oil, which is one of Nigeria’s largest privately-owned oil trading companies.

He founded the company way back in 1981 with a single gas station to meet the needs of his family and neighboring community.

Currently his oil company now manages and owns over 50 gas stations across Nigeria as well as one of the largest tank farms in Africa. His tanks have the capacity to store up to 65 million liters of petroleum products. Apart from this he also owns some real estate properties in London and Nigeria,including Febson Hotels and Mall in Abuja.

According to reports Oba Akinrutan was the first black person to buy the 2014 model of Bentley. He bought the car in 2012 even before the vehicle was officially released.

He also owns a customized Rolls Royce built like that of the Queen of England.

This businessman also has interest in shipping,fishery, tourism, water purification Etc. Oba Akinrutan is the richest King in Nigeria.

The late King was one of the richest kings in Nigeria with a forbes estimated fortune of about $75 million dollars.

The deceased King had interest in Construction, Property and Oil,he was the Ọọ̀ni of Ile-Ife,a part of Nigeria which so many people believe to be the traditional home of the Yoruba tribe in Nigeria.

He was the owner of Motel Royal hotel,and founder of the Sijuwade Group amongst others.

The Obi is the traditional King of Onitsha,Anambra State,located in southeast Nigeria.

Nnaemeka Alfred Ugochukwu Achebe is one of the richest Kings in Nigeria,he was born May 14, 1941. Achebe worked as a banker and a former Executive Director of Shell Petroleum Development Company.

He is currently the present chancellor of Ahmadu Bello University. He holds a degree and masters from Stanford University and Columbia University both in the United States.

Muhammadu Sa’ad Abubakar IV is regarded as one of the richest kings in Nigeria. He is the sultan of Sokoto.

The sultan of Sokoto is the leader of all Muslims in Nigeria.

What this means is that apart from being a king, he is also a

religious leader. He is also the co-chairpersons of the Nigerian Council of Traditional Rulers.

He is a respected academic and the former governor of the central bank of Nigeria. Currently, he is now the Emir of Kano.

Mallam Muhammad Sanusi is the head of the whole Kano Emirate, he ascended to the throne after the death of Alhaji Dr. Ado Bayero, who was the emir of Kano for 51 years.

Lamidi Olayiwole III ascended to the throne after the demise of Alaafin Gbadegeshin Ladigbolu II, he is rated as one of the richest and influential kings in Nigeria.

Oba Adeyeye Ogunwusi Eniitan is rated as one of the richest kings in Nigeria.

He ascended to the throne after the demise of Oba Okunade Sijuwade who was the second richest king in Nigeria before his death.

Oba Adeyeye Ogunwusi Eniitan is an accountant and a real estate developer. He is currently the 51st Ooni of Ife. He was born on the 17th of October 1974.

India vs Nigeria: The real truth behind 99-1 match has just been revealed 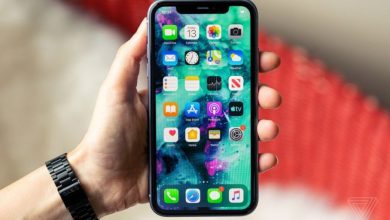