Habeeb Okikiola, popularly known as Portable, who came into the limelight with his “Zazzu” hit song, has made his way into the Nigerian music industry and he is riding on eagles’ wings. 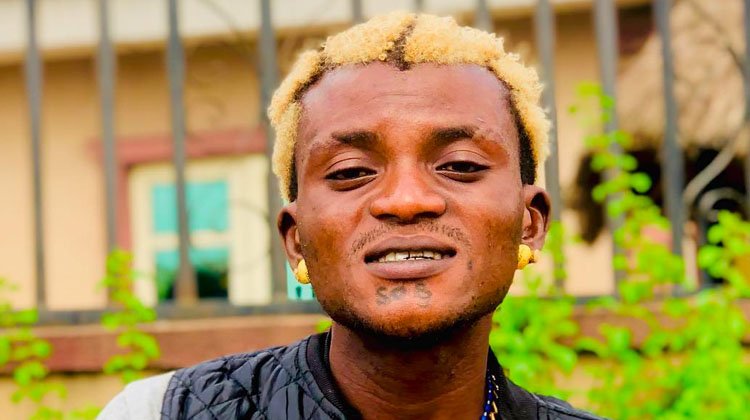 The Zazzu star has been recognized in the Nigerian Music industry including, popular singer, Wande Coal with a lot of fans.

Portable has gone on to share the stage with the likes of Olamide, Tiwa Savage and Wizkid.

He has also met with Afropop star, Davido, and has gotten recognized by the likes of Oritse Femi and Jaywon.

But while it could be almost impossible to see a Portable-like rise to fame anytime soon, We bring you six celebrities who have been instrumental to his rise that you ought to know.

kogbagidi has been Portable’s promoter right from when he entered the industry, portable’s story can’t be told without mentioning popular show promoter Kogbagidi who had been his benefactor.

Although Portable and Kogbagidi’s relationship has gone sour, the former would be grateful for the exposure he got through the promoter.

Kogbagidi has worked with the likes of D’Banj, Davido, Dammy Krane, and Zlatan Ibile and he reportedly owns VVIP bars and lounges in Lagos state.

Dubbed, the Voice of the Street, Olamide’s verse on Portable’s hit single, Zazzu, sold the rising star into the hearts of many Nigerians home and abroad.

Portable went on to perform at the live spot X Festival in Lagos due to the relationship between him and the dancer which he shared the stage with Olamide and Wizkid.

Yet again, Portable fell out with Poco Lee after the show after accusing the dancer of ‘ripping him off’ the money Wizkid gave him.

The YBNL boss will undoubtedly be credited for lighting the fire on Portable’s career with his verse on the hit single, Zazzu.

According to Portable, Olamide funded the Zazzu song with the sum of N8m and he would forever be grateful to the rapper.

“The boy no go come down anybody who prays for downfall will fall. Olamide paid for Zazzu video.

“He paid producers, he flexed us, gave me money, and still paid my video money, eight million naira,” Portable said.

Portable met the Fuji singer, Taiwo Akande Adebisi aka Taye Currency, in Ibadan, Oyo State due to the influence of kogbagidi.

The Fuji star lived up to his name by making a financial contribution to the singer’s career.

Although the amount on the cheque given to Portable was not disclosed, Portable appeared extremely grateful in a video he uploaded on Kogbagidi’s verified Instagram page.

Portable will be performing in three cities in London United Kingdom, this week and all thanks to Emeka ‘E-Money’ Okonkwo, who sponsored his trip to the UK.

Taking to his Instagram page on Tuesday, Portable shared photos and videos of himself and the socialite at the airport.

“@iam_emoney1 Na Baba God bless you more Godfather You no go fall Thanks to those people way dey show me love from day one,” the Zazzu singer wrote.

Tags
#Portable
OlamideApril 30, 2022
342
You may have Missed
Load More
Facebook Twitter Messenger Messenger WhatsApp Telegram
Close
Naijapalaba
Manage Cookie Consent
To provide the best experiences, we use technologies like cookies to store and/or access device information. Consenting to these technologies will allow us to process data such as browsing behavior or unique IDs on this site. Not consenting or withdrawing consent, may adversely affect certain features and functions.
Manage options Manage services Manage vendors Read more about these purposes
View preferences
{title} {title} {title}