Nigerian female celebrities like Funke Akindele, Toyin Abraham are not just brilliant examples of women breaking bias with style but a beacon of hope that women can be spectacular in every sphere. 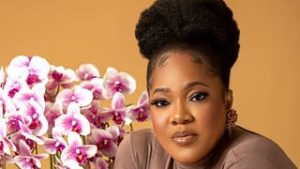 Toyin Abraham, Nollywood actress, fondly  called mummy Ire, She sure knows her craft and gives her all.

Mummy doesn’t joke with her family and she pays core attention to her work as an actress and producer.

Her movie, Fate of Alakada was recently acquired by Netflix. She came into the film industry in 2003 and only featured in Yoruba films at first before her big break into English movies. 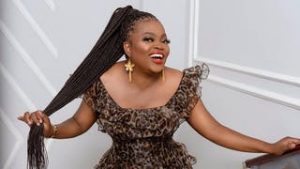 Akindele-Bello Olufunke Ayotunde well know as Funke Akindele or “Jenifa” is an actress and filmmaker, who got married to JJC skillz’s and gave birth to a twin.

Funke Akindele starred in the sitcom I Need to Know from 1998 to 2002, and in 2009, she won the Africa Movie Academy Award for Best Actress in a Leading Role.

The mother of two is recognized as a hard working woman, even when her twin boys arrived, it didn’t stop her zeal. Despite her role as a mum and wife to JJC Skillz; Funke went on to produce and direct Omo Ghetto The Saga movie.

The trilogy film and sequel to Omo Ghetto became highest grossing film in Nigeria and in the history of West Africa.

Today, Funke Akindele is not just a household name but an exemplary leader to young women in the entertainment industry and beyond 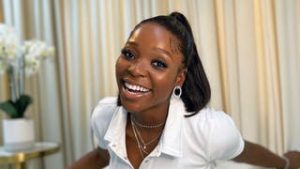 If the name Tomike Adeoye doesn’t ring a bell then you are probably living under the rocks, she is an instagram influencer and red carpet host who is happily married her husband and she with a baby.

An influencer per excellence, host with the most and “olori ebi” of her social media family, Tomike is all shades of awesome.

Tomike displays a rare drive for success definitely proves that having kids should not stop one from career progression.

Tomike Adeoye beats the status quo of what a young woman under 30 should be, from hardworking to resilience and excellent delivery of promotions for clients, she embodies the title media personality.

She starred in the sitcom Jenifa’s Diary, and in 2019, Tomike was nominated for the ELOY Awards for TV Personality. She is a TV and red carpet presenter for Ebony Life TV. 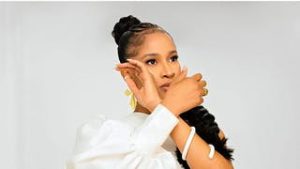 Adesua Etomi Wellington aka Susu is Nollywood actress, She is not just a beauty to behold but a woman of class and grace.

After the birth of her son(Zaiah) with husband Banky W, the thespian is in no way slowing the pace in her career.

Adesua still breaking grounds recently made her music debut with hit single “So Natural” which garnered 1million views on Youtube within 12days of its release.

The 35 year old mother of one is a true definition of beauty, brains and talent. 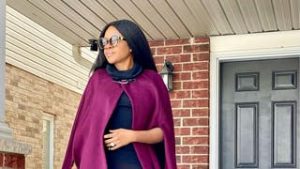 Omoni is a Nigerian actress who as shown resilience and efficiency in all areas, The 43 year old actress is a graduate of New York Film Academy.

Omoni is a producer, director and filmmaker, She has written several screenplays, including The Figurine (2009), Anchor Baby (2010), Fatal Imagination, Being Mrs Elliott, The First Lady and Wives on Strike (2016). In 2018 she starred and directed the comedy film, Moms at War.

Omoni Oboli is married to her husband Nnamdi Oboli in 2000 and they are blessed with three boys.

The Edo actress is truly an inspiration to young women who aspire to break the bias of being grounded after motherhood.

She also owns a charity organization, “The Omoni Oboli Foundation” with the sole aim to bring relief to the plight of the less privileged women and children of Nigerian society.