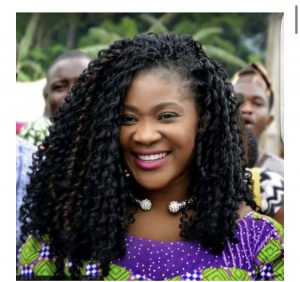 She hails from Okene in Kogi state. She is the fourth child in a family of Seven, She had her primary education in Calabar.

Mercy continued her education at a Nigerian Navy primary school, After her father who is a naval officer was transferred to Lagos, p lm She also attended a River state secondary school for her secondary education. 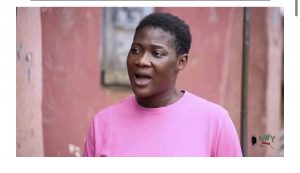 She  became popular and started engaging in more roles in movies such as Baby Oku in America, Hustlers, War in Palace and so on.

Apart from acting, she’s a Senior Special Assistant (SSA) to the Kogi state governor on entertainment, Arts and culture.
In 2011, She got married to her husband, Prince Odianosen Okojie and their union is blessed with 3 children.

She has starred in several nollywood movies such as The Maid, Into Temptation, Women In Power, Lost to Lust, Under Control, She is my sister, My Beloved Son, Desperate Ladies, Genevieve, Area Mama, Royal tears, Sexy girls, secret code, Power of a Kiss, Deep water, My world, Mirror of life. 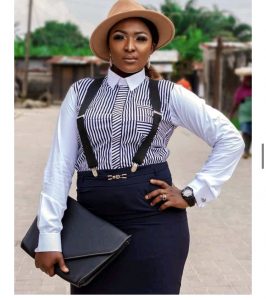 She was born in Lagos state, the southern part of Nigeria into a family of Mr.James Audu, a retired Military Officer who often served in Lagos and lived at the Ikeja military cantonment where Esther and her five other siblings were born. Esther is the youngest of six children of her family.

Esther attended schooled in Lagos state, both her primary and secondary education in the south southern part of nigeria where she obtained her First School Leaving Certificate and Junior School Certificate.

She relocated to Abuja after completing her primary and secondary school education, where she obtained her West African Senior School Certificate in 2002. She also proceed to the University of Jos, Plateau state, Nigeria in 2006 and graduated with a Bachelor’s Degree in Business Management in 2010.

Esther Audu started her acting career since in secondary as a secondary graduate. While in secondary school, she was a member of Drama and Library clubs where she participated in stage dramas.

In 1996, Esther Audu was among those selected to represent Nigeria at Kidafest in Ghana. She has always dreamed of being a newscaster.

She first starred in a lead movie role entitled: Ungodly romance and Sins of Rachael in Jos, plateau state by Alex Mouth which she said were the earliest movies that helped launched her career fully into Nollywood.

While still at the University as an undergraduate, she started auditioning for acting job. She was featured in a movie titled ‘fatal mistake Nobert Ajagu, in a sub lead role.

Esther Audu is married to Philip Ojire, a serial entrepreneur who is the CEO and founder of Shirt Freak.

She is the most beautiful, most gifted, most skillful, most creative and talented actress in Nigeria. She attracted herself to prominent movie directors and producers who features her consistently as a lead character.

She can interpret her role very and can fit in any character given to her by movie directors and producers. Esther Audu has starred in over 100 nollywood movies. She has starred in several movies like Ungodly romance, sins of Rachael, fatal mistake etc. 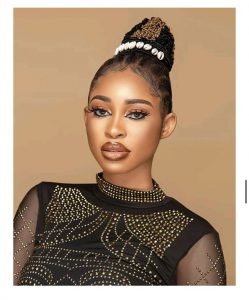 Yetunde Barnabas is a popular Nigerian model, actress, and movie producer,well known for her role as ‘Miss Pepeye’ in the Wale Adenuga TV series “Papa Ajasco”. She was born on the 30th of August, 1994. She has crowned the Most beautiful girl in Abuja 2017 and Miss Tourism Nigeria 2020. 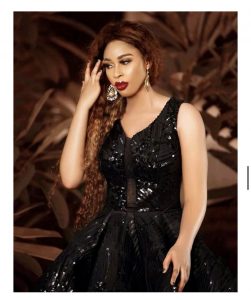 She was born and raised in an African nation, Nigerian capital, however originally from the Kogi State a part of Nigeria.

She is that the 1st of the 3 daughters in her family. She lost her father in 2007 and since then, her mother has been taking of her and her siblings.

She attended Kings of King’s Gymnasium and studied Public Administration at the space Learning Institute of the University of Lagos. She additionally visited Seriki Olopolo Production and Royal Arts Academy wherever she learned acting.

Yetunde Barnabas started her career as a model and had emerged winner of the Miss Olokun beauty pageant in 2013. She came to prominence in her modeling career when she has topped the foremost lovely lady in the African nation|Nigerian capital|national capital} 2017 and additionally Miss commercial enterprise Nigeria 2020. She got a cope with Multichoice DSTV ANd additionally became a whole ambassador for a national capital-based mostly estate management firm. As a thespian, Yetunde became far-famed for her role as ‘Miss Pepeye’ within the tv series “Papa Ajasco”.

Ever since she came to the limelight, she has asterisked in varied movies such as; Elegbenla, Lisa, Dagogo, Erin Folami, Lori Titi, The Gardner, and plenty of others.

She has additionally made many movies like “Omo Iya Osun.” She has acted aboard high actors that embrace the likes of Akin Lewis, Afeez Owo, Biola Adebayo, Adedimeji Lateef, Bolanle Ninalowo, and so on. Yetunde Barnabas got engaged in Gregorian calendar month 2020 to the love of her life, Peter Olayinka, a Czech based mostly Nigerian athlete. 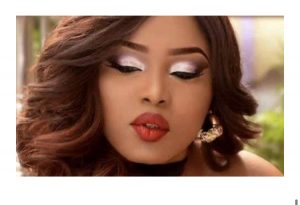 Halima Abubakar Nollywood actress,  she hails from Kogi State, the famous Nollywood actress was born on the 12th of June, in Kano state, in Northern Nigeria, Halima is the third child in the family. She has an older brother and a sister, also 5 wonderful nephews.

She attended a prestigious primary school, After completing her primary and secondary school education, she gained admission into the University of Bairo in Kano and received a bachelor’s degree in sociology. 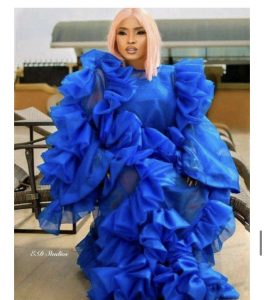 Halima began her acting career in 2001 when she joined the Nigerian film industry (Nollywood) and began attending auditions. Over time, she received a minor role in the film “Rejected” and gained fame, playing her first major role in the film “Gangster Paradise”. After this movie, she was in the center of the universal attention.

She has managed to star in more than 150 films of Nollywood, among the most prominent are the following Slip of Fate, Tears of a Child, Secret Shadows, Gangster Paradise, Area Mama, Men in Love, Okafor’s Law, Return of White Hunters, Dangerous Ivy, Entrapped, etc.