Men of the Lagos police command responded swiftly to a suicidal post shared by lady on Facebook.

The lady with the handle, Zainab Adekole, had asked people to pray for her as she was having several panic attacks and was fighting suicidal energy. She listed her address in her post.

Sp Benjamin Hundeyin, Spokesperson of the state police command, in a series of tweets said the DPO in Ajah led a team of officers to the address she listed but were unable to reach her. 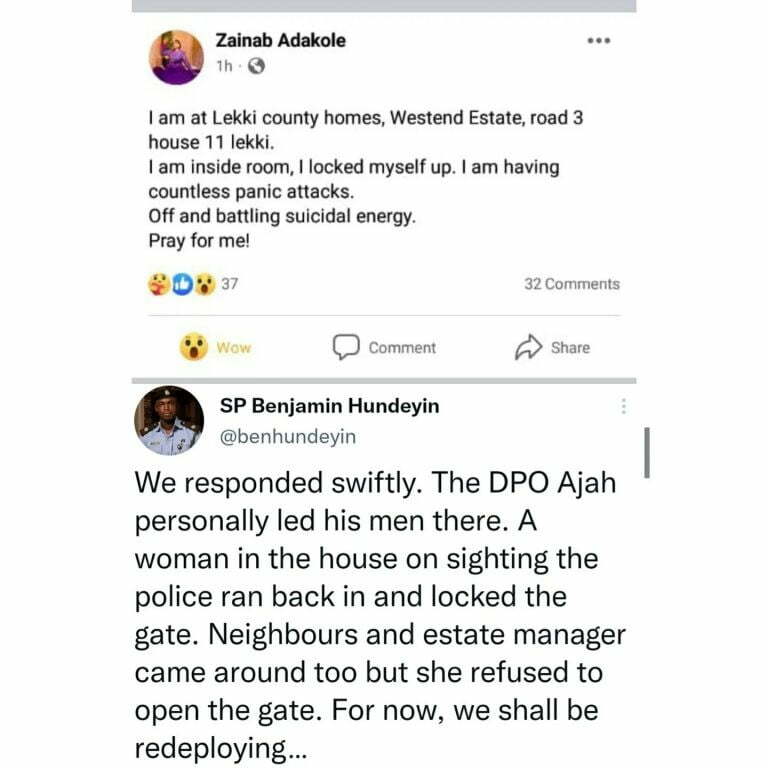 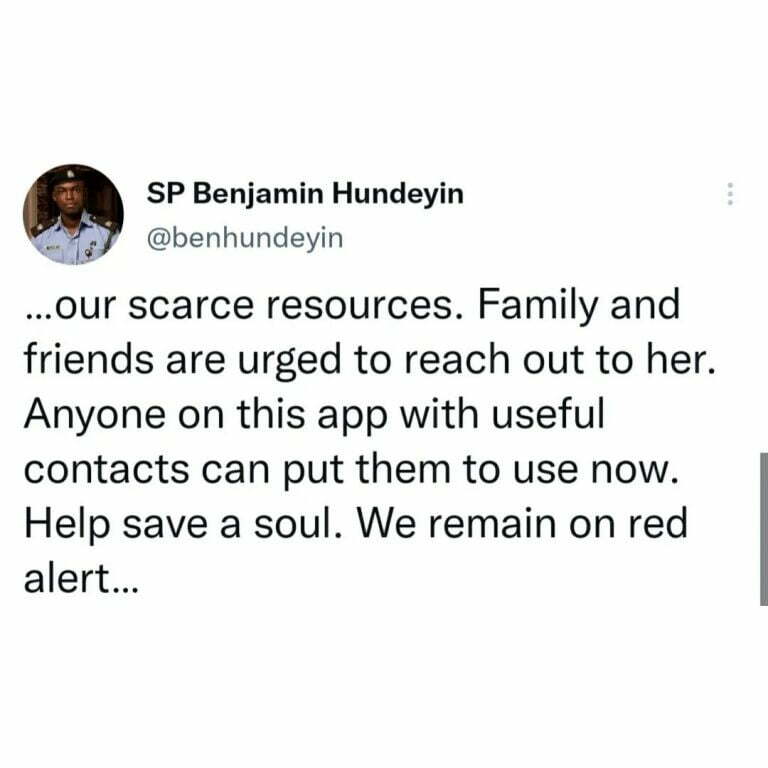 Benjamin appealed to family and friends to reach out to the troubled lady.