Shehu Sani, Former senator,  has weighed in on the trending video of some Lagos babes having s3x with dogs for millions.

The Former senator took to his Twitter page on Sunday evening, May 1, he wrote;

“It’s immoral for Human Being to sleep with a Dog or Human Beings copying the ways of the Dog while sleeping.They deserve serious punishment.” 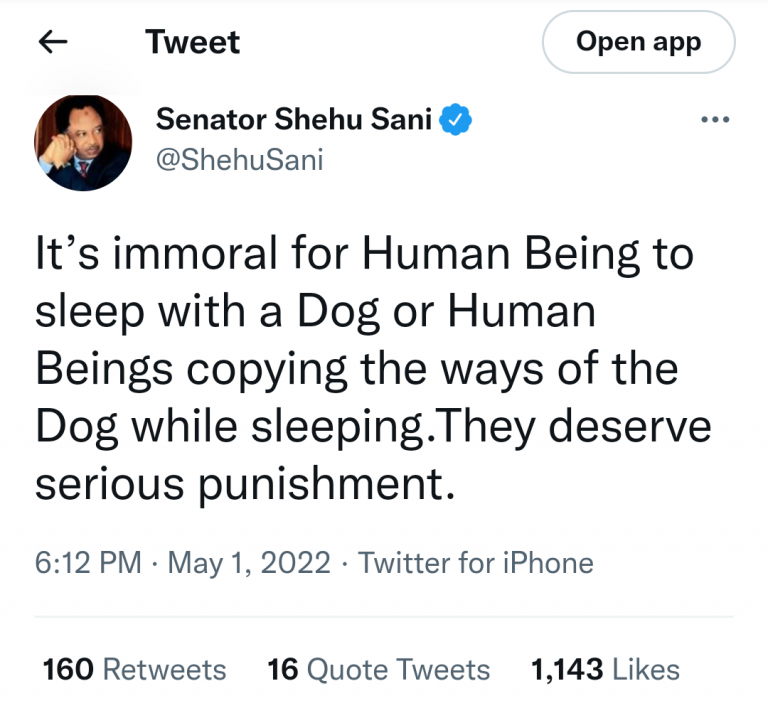