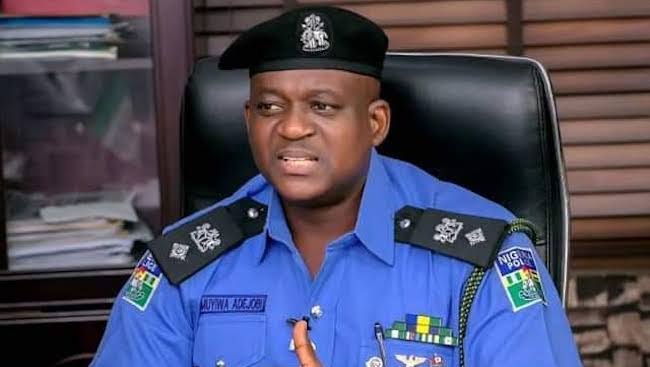 Olumuyiwa Adejobi ,The acting Public Relations Officer of the Nigeria Police Force, CSP has made it clear again that it is wrong for any police officer to check a person’s phone.

Responding to a question from a Twitter user, Adejobi mentioned that except a phone is a subject of criminal investigation, it is wrong for a police officer to check one’s phone.

”Sir what business does NPF have with checking people’s phones, going through WhatsApp conversations, and intruding on one’s privacy. This still happens on a daily basis and I hope you’re aware”

”It’s wrong, I have said this repeatedly. Except the phone is subject to a criminal investigation, and the phone has been marked exhibit, if not, no..very wrong” 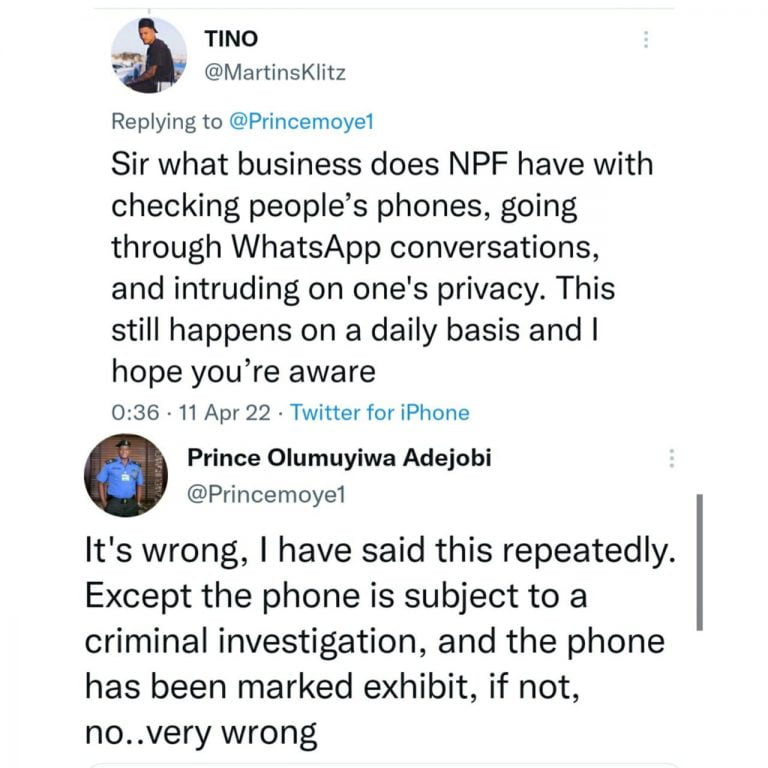