An Islamic cleric identified as Abdul Salami Yakub, Has been arrested by The Ogun state police command for allegedly defrauding some members of the public. 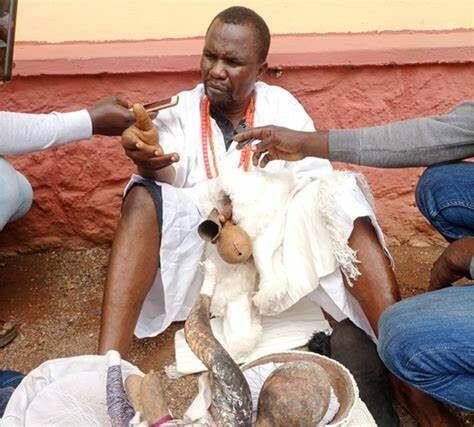 The suspect was arrested after one of the victim named Rukayat Ibrahim reported to the Commissioner of Police, she said  the suspect defrauded her and her younger sister, Oluwaseun Ibrahim, to the tune of N5.475million. Rukayat said Yakub claimed to have a spiritual solution to her daughter’s problem.

A masquerade head, assorted charms and magic pots were recovered after a search was carried out in his house.

DSP Abimbola Oyeyemi, Ogun state police spokesperson,  further advised Nigerians to be careful of whom they approach for spiritual solution to their problems.