The Independent National Electoral Commission (INEC) has released regulations and guidelines for the conduct of general elections in the country in 2023. 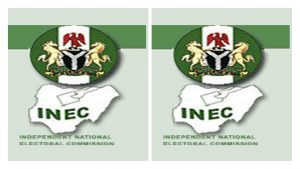 Naijapalaba.com report: “They brought out brooms and told us to sweep INEC office” – Lady shares her frustrating experience while trying to get her Voter’s Card in Awka

According to the INEC Chairman, Professor Mahmood Yakubu, he said with the presentation of the Regulations and Guidelines, the Commission has concluded formal preparations for the polls.

Mahmood who noted that this will be the first time the Commission is releasing the guidelines nine months to the general elections during a meeting with the Inter-Agency Consultative Committee on Election Security (ICCES) on Friday June 3, also said the training manual would also be presented to Nigerians in the next couple of weeks while INEC would focus on election administration going forward.

Yakubu listed such areas to include logistics, training, voter education, technology, sensitisation against vote-buying, inclusivity measures and security, among others. He stressed that the ICCES would continue to play a critical role and extended the appreciation of the electoral umpire to all security agencies for their support.

Read the full text of the remarks of Professor Yakubu at the meeting below;

I am delighted to welcome you to this special meeting of ICCES exactly three weeks since our last regular meeting held on 13th May 2022. You may recall that at that meeting, we agreed to reconvene before the forthcoming Ekiti Governorship.

As is the case on the eve of all major off-cycle Governorship elections, ICCES holds a special meeting to review the security situation during which the Resident Electoral Commissioner (REC) and the Commissioner of Police (CP) will brief us on the state of readiness for the election. I am glad to welcome the REC for Ekiti State, Dr Adeniran Rahmon Tella, and the CP, Moronkeji Adesina, to this meeting.

With only 15 days to the Ekiti Governorship election, all the major activities that are supposed to be carried out at this stage have been successfully undertaken. I led a team of INEC National Commissioners to Ekiti State early this week to assess the Commission’s preparations for the elections.

We visited our offices in several Local Government Areas, held meetings with our staff, had an audience with the Council of Obas to solicit the support of their royal majesties for peaceful elections and met with the security agencies.

We also observed the ongoing training of ad hoc staff and the deployment of the Bimodal Voter Accreditation System (BVAS) for mock accreditation of voters in some polling units across the three senatorial districts of the state.

We will again return to Ekiti State shortly to meet with the stakeholders and for the signing of the Peace Accord by political parties and candidates under the auspices of the National Peace Committee.

Regulations and Guidelines for Elections

On several occasions, the Commission has assured Nigerians that we are finalizing the Regulations and Guidelines for the elections. I am glad to announce that the document is ready and will be presented to Nigerians shortly. The soft copy will be uploaded to our website with the link shared on our social media platforms.

With the release of the Regulations and Guidelines today, and the publication of the Strategic Plan (SP) 2022-2026 and Election Project Plan 2023 earlier, the Commission has virtually concluded the planning processes for the 2023 General Election nine months ahead of the election.

In the next couple of weeks, the training manual will also be presented to Nigerians. Going forward, the Commission will focus on election administration: logistics, training, voter education, technology, sensitisation against vote-buying, inclusivity measures and, above all, security. ICCES will continue to play a critical role and the Commission appreciates the support of all security agencies.

Nigerians may recall that the ongoing CVR started a year ago. For the first time, the Commission introduced online pre-registration as well as physical registration at designated centres.

As the deadline for the suspension of the CVR i.e. 30th June 2022 approaches, long queues are building up, especially in some states in the South East, Lagos, Kano and the Federal Capital Territory (FCT). The Commission had anticipated the last-minute surge and therefore established additional centres and deployed more machines to register citizens.

Unfortunately, the security situation in many parts of the country has not allowed full deployment as planned. In some states of the Federation, INEC registration officers were attacked resulting not only in the unfortunate destruction of buildings and loss of equipment but even worse, the death of a staff. This has forced the closure of some of the registration centres.

However, in view of the surge, additional machines will be deployed to some of the most congested areas to ease the surge. Similarly, the Resident Electoral Commissioners (RECs) have been directed to liaise with the security agencies and stakeholders on the possibility of reopening some of the centres earlier closed because of insecurity, but in doing so, they must always bear in mind the safety of registrants and registration officials.

Furthermore, the RECs are directed to do more to provide information, increase awareness of the processes and more promptly respond to genuine complaints by citizens.

The Commission appreciates the support of partners and critical stakeholders in mobilising citizens to register. We look forward to such a partnership to encourage registered voters to collect their PVCs and for increased voter turnout on Election Day.

Once again, I welcome you all to this meeting. I thank you and God bless.