The International Labour Organisation (ILO) on Tuesday said that it was working with the Federal Government and some States to eliminate child labour in the country by 2025.

Mr Dennis Zulu, Director, ILO Country Office for Nigeria, Ghana, Liberia and Sierra Leone made this known in Minna at a one day stakeholders meeting on elimination of child labour in Niger.

The News Agency of Nigeria (NAN) reports that the project being funded by the Government of Netherlands was tagged, “Accelerating Action for the Elimination of Child Labour in Supply Chains in Africa.”

Zulu, who was represented by Dr Agatha Kolawole, National Coordinator ACCEL Africa project, said that Nigeria had indicated interest to eradicate child labour at the fourth Global Conference on the Sustained Eradication of Child Labour held in Argentina in November 2018.

“Nigeria indicated interest in being a pathfinder country and this is a giant stride in the achievement of Sustainable Development Goals (SDG) 8.7, given it’s position as Africa’s most populous nation and its impact at the regional level.

“As you are aware, SDG 8.7 states that member states should take immediate and effective measures to eradicate forced labour, end modern slavery and human trafficking.

“Also to secure the prohibition and elimination of the worst forms of child labour, including recruitment and use of child soldiers, and by 2025 end child labour in all it’s forms.

“The willingness and commitment of the Nigeria government in the eradication of child labour led to the support from the government of the Netherlands to fund the project being officially presented in Niger state today,” he said.

He said that the federal and Niger governments had expressed interest to collaborate with the ILO in the implementation of the ACCEL Africa project.

“Let me inform you that in Nigeria, the project will focus on two supply chains: artisanal gold mines in Niger state and cocoa in Ondo state,” he said.

The Director, who is also in charge of the Liaison Office for the Economic Community of West African States (ECOWAS), said the project would support stakeholders in accelerating action in the elimination of child labour using the supply chain approach.

He expressed optimism that the effective and efficient implementation of the project would result in the reduction of child exploitation in the artisanal gold mines and the cocoa supply chains.

Similarly, Mr Ajuwon Adeniyi, Deputy Director, Inspectorate, Federal Ministry of Labour and Employment noted that some challenges were militating against the elimination of child labour.

Adeniyi said that one of the factors was inadequate funding from national and state actors, International donors and private sector.

He said that skills and material deficiencies limit the capacity of labour inspectors to access the rural areas and the informal economy of the urban centres where child labour was predominant.

He suggested empowerment of the household with multiple income stream through skills acquisitions in order to eliminate child labour.

Adeniyi said that a baseline survey on child labour be carried out to end the menace.

He suggested the development of a database platform using case management approach that would ensure that victims were identified and managed by case workers.

Also, Alhaji Abubakar Aliyu and Dr Joseph James, Permanent Secretaries Ministries of Education and Mineral Resources respectively said that the state government’s free and compulsory education policy would help the project eliminate child labour because it was the key to empowerment.

According to them, “both formal and informal education are critical in eliminating child labour.” 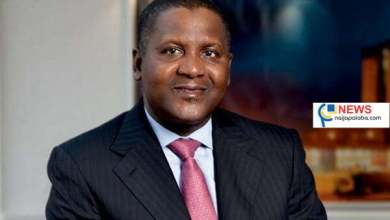 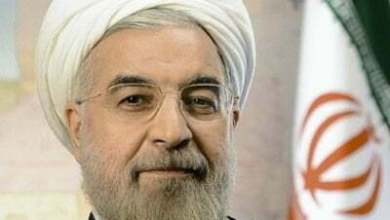 Iran president Shut US for spreading ‘fear’ over virus