The crisis rocking the Athletics Federation of Nigeria took a new dimension on Wednesday when the Ibrahim Gusau-led AFN declared autonomy from the sports ministry during their congress in Awka, the Anambra State capital.

The AFN has been enmeshed in a crisis, which heightened on Tuesday, with two factions of the board holding parallel meetings in Abuja and Awka respectively.

The 15-member AFN board has seven backing Gusau, while a faction led by the vice president of the athletics body, Olamide George, has eight members.

But in a swift reaction, Gusau’s faction met at a congress at the Golden Tulip Hotel and Resort, Agulu, Anambra State, where they announced the suspension of George and five others for two years over “anti-federation activities, gross violation of the provisions of the federation’s constitution.”

They also passed a vote of confidence on Gusau as the president of the board and declared their autonomy from the sports ministry, citing international best practices and statues of the World Athletics and CAA.

The congress had in attendance chairmen and secretaries of state athletic associations, as well as CEO of the Confederation of African Athletics Lamy Faty and the representative of the Nigeria Olympic Committee, Solomon Ogba.

The members rejected the resignation of Ogba as a member of the board and the directive from the sports ministry calling for the sack of Sunday Adeleye as the federation’s Technical Director.

In an interview with our correspondent, Ogba said ministry’s interference in the federation’s affairs and the emergence of a new faction could lead to sanctions from world body IAAF.

“The AFN has employed a general secretary from outside the ministry because they want to be independent. They are going to be independent; they will move out of the stadium and rent their own office.

“Right now, Gabon is under suspension by IAAF because of interference from their (sports) minister. There is a fight between the minister and the president of the federation in Gabon.”

Reacting to his suspension and that of five others, George in an interview with TVC, which was monitored by our correspondent on Wednesday, said the constitution of the federation did not give Gusau powers to call a congress without the approval of the board.

He said Gusau called the board meeting, where he was suspended as president of the federation, but failed to attend.

“What is clear was that a quorum was formed by members of the board of the federation. Eight members were present at the meeting, in line with the constitution and rules of IAAF.

“Series of allegations were laid against the president, and the board unanimously agreed that he should be suspended.

The factional president also refuted claims that the ministry of sports was interfering in the activities of the federation. 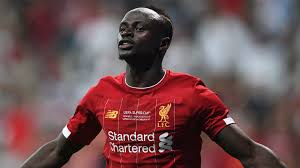 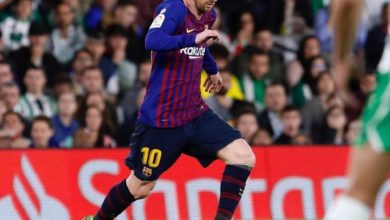