Dating is very hard for most people, If you always find yourself claiming that your single status is due to the lack of good men around, it is time to reevaluate why that may be. Of course it is easier to put blame on the opposite s3x for their inability to commit, but it is often your own behavior that results in you dating one bad boy after another, Although we may not have the ability to change the ways we react. 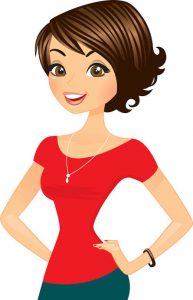 But below are fifteen ways to attract a good guy and keep him.

Men doesn’t read minds , dont act like you ain’t interested in him but then get mad when he doesn’t call, If you want a good guy to stick around, you have to let him know that.

2. Give the guy a real chance instead of keeping your options open.

We have different types of social media out there, and we all have endless access to see what else is out there. But if you want a new relationship to flourish, put down your phone and focus on one man at a time.

3. Don’t Instagram pictures that you should be texting instead.

You took to your Instagram page to post pictures of yourself in a Brazilian bikini with your ass in the air or lingerie selfies as a way to get a man’s attention, and yet shockingly he doesn’t want to date you? No! He won’t,  Unless your job requires you to be in lingerie and post about it on Instagram, then posting private, provocative images could make you come across as insecure. If you were in a loving relationship, chances are those images would be saved for private conversations with your man.

You don’t respect yourself, and you expect a guy to respect you? A guy will appreciate any girl who knows her own worth and doesn’t settle for anything less. If you’re trying to find a good guy by getting wasted every night and dancing with your skirt over your head, chances are that only douchebags will come knocking at your door.

5. Tell him how you feel, not what you think he wants to hear.

You told him you don’t want a relationship,  but you keep thinking when he will makes it official. Tell a guy what you want and how you feel and stop thinking ahead of the future well it’s good to think ahead but you have to tell a guy how you actually feel.

It’s OK to tell a guy your past, tell him how you’ve been hurt in the past and aren’t looking for a casual hookup. If this scares a guy off, then he wasn’t right for you in the first place. A good guy who value your feelings will stay  and it will bring the two of you closer together.

You don’t have to do exactly what you man is doing, If he goes out, do you also have to? If he didn’t message you all night, do you wait even longer to not message him? A  good relationship will never move smoothly if you play the dating game like an ego-driven chess match. If you really want to be in a meaningful relationship then it is important to be open and honest without competing with your man.

8. Respect him and his time.

Respect you man and his time, Don’t make plans and cancel at the last minute.Guys love to be respected.

9. Don’t punish him for the mistakes of those who came before him.

I know that Most people out there have been hurt multiple times in the past, but carrying that broken heart into your new relationship will ruin it . For example, if your ex cheated on you and you start projecting your trust issues onto your new guy because of it, you will drive him away. Checking his phone when he’s not looking, getting mad when he doesn’t call back right away or assuming he’s going to dinner with a girl when he says he’s going with a friend is a way of setting the relationship up for failure.

10. Be honest about yourself.

Don’t change who you are so you can be loved, Embrace your individuality instead of changing yourself to meet the expectations of a guy that you just met. A good guy will love you for who you are . If you lie about yourself to appear more desirable, remember the truth always has a way of coming out.

11. If you invite him to go out with you, make him feel comfortable.

If you  invite a guy out for an event, make him feel wanted , No doubt he’s a big boy and will be fine if you split up to work the room for a little while, but it’s important to make your date feel welcome. Ditching a guy at a party where you invited him is a quick way to lose a good guy.

If your new man is having a bad day, Be nice because it goes a long way. show your support instead of acting like you are not interested . All too often we’re caught up in playing it cool, and we forget about the little things like being there for someone and listening, which can make the biggest difference.

13. Create new memories together instead of bringing up old ones with ex-boyfriends.

Sure, we all have ex boyfriends that meant a lot to us, but constantly bringing them up will only make the new man in your life uncomfortable. If you’re always talking about your exes, it will seem that you’re not making any room for the good guy in your life, so it becomes likely he won’t stick around for very long.

A good guy loves a lady who is independent, Having your own life is an incredibly attractive quality that will have the good guys flocking to you. Only an insecure man will want a woman who doesn’t have her own thing going on so that she becomes dependent on him.

If you’re a confident lady, No guy will want to play you anyhow. Any bad boy you meet will most likely be frightened by your confidence, whereas a good guy will be drawn to you and admire it.