Not all Nigerian comedians are in good terms, Including Basketmouth, AY Makun, and Bovi who are among the top 10 most influential celebrity comedians in Nigeria.

Below are the list of four Nigerian comedians who are not on good terms in the standup comedy industry. 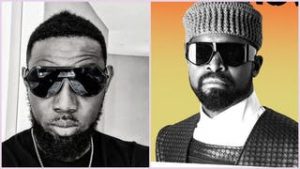 Their rifts have caused a lot on their work and career in the comedy industry.

Naijapalaba.com reported: “The matter no really Long”- AY Shed More Light About His Beef With Basketmouth

Basketmouth famously didn’t attend the last AY Live concert in Lagos. When asked why he didn’t go, he said, “I don’t go where I am not invited.” Apt!

However, During an Ask Me Anything session on Instagram recently, the Nollywood actor and comedian Ayo Makun, popularly known as AY, revealed the reason for his alleged cold war with his colleague, Basketmouth.

A fan asked him, @aycomedian, “do you really have any issues with Basketmouth?”

AY replied that there was no beef with Basketmouth but that the latter had an “uncontrollable superiority complex.”

According to AY, he had to avoid Basketmouth’s “incessant childishness,” as it became necessary for his sanity.

AY comedian is one of Nigeria’s dynamic entertainers with footings in Nollywood. He mentioned further that he preferred to sustain relationships with people who shared the same vibe with him. 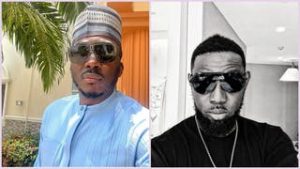 Comedian Bovi says his colleague, AY stole his joke from 2008.

In Bovi’s version, told 8 years ago, Bovi narrated that a security man had to headbutt his boss’s daughter because the boss had earlier told him to use his head to prevent the daughter from going out.

In AY’s version, he tells his security man to use his head in a bid to stop his girlfriend from visiting him during his date with another.

Bovi’s fans agreed the skit was a gash off Bovi’s intellectual property. And others argue that, though comedians borrow jokes, using them as a skit is another thing entirely. 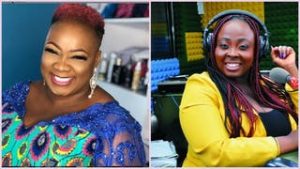 Omotunde Adebowale, Nigerian Comedienne and Wazobia FM On-Air-Personality, well known as Lolo1, Took to her Instagram page to call out her fellow female comedienne, Princess, over her attitude and behaviour on stage.

According to Lolo1, Princess was rude and ridiculous, especially on stage. Lolo wrote in her Instagram rant.

Lolo1 said her colleague, Princess, had allowed “pettiness,” “rudeness,” and downright classlessness to override whatever form of talent she might have.

“I’m usually not one to call people out (especially my colleagues), but at this point, someone needs to talk to PRINCESS the ‘comedian.’ 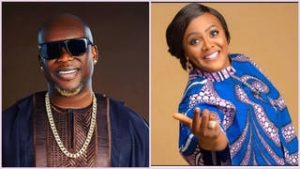 Helen Paul, Nigerian stand-up comedian, well known for her stage pranks and hilarious voice impressions, made jokes about male comedians including AY, Gordons, Alibaba, I Die, and a host of others during her stand-up routine, Which happened at AY Live in Port Harcourt in 2015 .

However, Gordons, who had none of it, came on stage and subtly started throwing jabs at Helen Paul with his customary baroque humour.

And ever since, the duo have not been seen together.

Other comedians dripped their two cents concerning the rift between Helen Paul and Gordon.

Basket mouth was asked on Sunday, October 18, 2015 at the Felabration event about his thought on Helen Paul and Gordons’ rift on stage that went viral.

According to him, it was not his business. “Honestly, I don’t care. That’s the truth. I really don’t care. If they want to beat themselves on stage, let them do it. I don’t care,” he said.

Tags
Good terms Nigerian comedians Who are not on
OlamideMay 20, 2022
2,351
You may have Missed
Load More
Facebook Twitter Messenger Messenger WhatsApp Telegram
Close
Naijapalaba
Manage Cookie Consent
To provide the best experiences, we use technologies like cookies to store and/or access device information. Consenting to these technologies will allow us to process data such as browsing behavior or unique IDs on this site. Not consenting or withdrawing consent, may adversely affect certain features and functions.
Manage options Manage services Manage vendors Read more about these purposes
View preferences
{title} {title} {title}