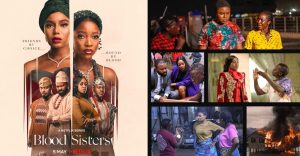 The movie Blood Sisters is a latest Nollywood movie released on Netflix that is taking the nation and the world by storm. The EbonyLife produced series stars the likes of Kate Henshaw, Nancy Isime, Uche Jombo, and more.

Here are 11 Fun Facts behind the scenes tea about the production of the show. 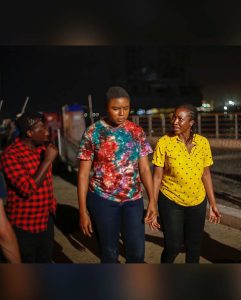 We met at the audition and we clicked immediately but we never knew the character would be flipped. I read for Kemi and she for Sarah

2. Deyemi Had No Idea How ‘Incestuous’ His Relationship With Kate Henshaw Would Be 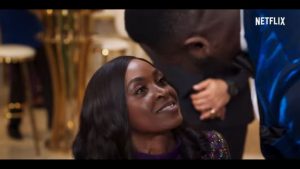 We had a lot of conversations about how we were going to play the role of the scary matriarch. Her relationship with her favourite son, Kola, looks almost incestuous. The first time it happened, Kate and I had talked about it in detail but I hadn’t told Deyemi, the person playing Kola. And he was so startled.

3. They Shot For Almost Two Months 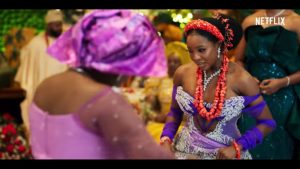 According to Nancy Isime, Shooting Blood Sisters took quite a long time. she said:

We were on set for almost two months and Ini and I were in character almost through, I was overwhelmed towards the end of the shoot.

4. Nancy Had A Hard Time Letting Go of Her Character 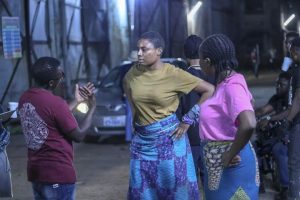 It was a very emotional effort for Nancy while Shooting Blood who says her character, Kemi, took over her so much that especially towards the ending, she cried because she simply wanted to be free of her. Nancy said:

I was overwhelmed by Kemi’s character. There was a day I went back to my room after leaving the set and cried because I just wanted to be free from Kemi. We were so immersed, especially in the second part where we were shooting back to back at a remote village in Lagos. I put in a lot of emotion into the shooting and into everything, it wasn’t Nancy on the screen, Kemi took over.

5. The Crying in One Scene Between Nancy and Ini Was Unscripted 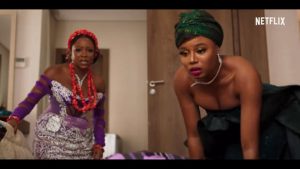 According to Ini Dima-Okojie who played the role of sarah, The emotionality of shooting Blood Sisters was so much for both Nancy and I. She said:

It was emotionally and mentally draining for me; there’s a scene between Nancy and me, it ended up playing out differently because we were not supposed to break down, but we ended up crying, we didn’t stop crying even after we were told to cut so, it was just an unforgettable experience 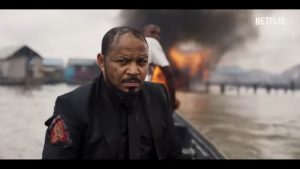 For those who have watched  watched Blood Sisters, then you know that for 90% of the show, Ramsey Nouah’s who played the role of Uncle B doesn’t say anything. He is very quiet and speaks very sparingly. This was not the initial plan and it took Ramsey some convincing to finally get on board with it. Speaking about it, the director Biyi Bandele said:

Ramsey’s character had dialogue in the original script. But I thought it would be much more powerful if we threw the dialogue out. I sat down with Ramsey and had a long conversation. He didn’t agree with me at first, but we did a couple of scenes and he looked at me and nodded. He didn’t say anything but I knew what that nod meant.

7. Gabriel Afolayan Was Initially Not Meant to Play Femi 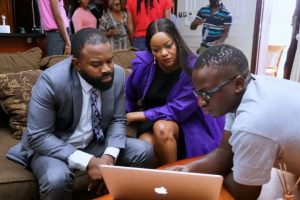 On Blood Sisters, Femi Ademola, the brother to Kola Ademola and son of Uduak is spectacularly played by actor Gabriel Afolayan. However, he was not the initial person cast for the role. According to the director Biyi:

Gabriel was originally meant to play the journalist but the person meant to play the character Gabriel ended up playing pulled out for personal reasons. I thought Gabriel would be great for the role and Mo agreed with me. So, we made a strong case with Netflix and they gave the go-ahead.

8. They Shot During COVID 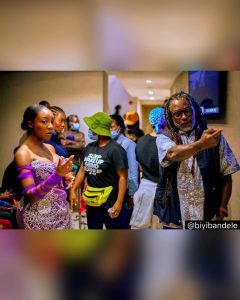 We shot blood sisters through the height of COVID-19 which makes it really impressive about Blood Sisters which as you can imagine, brought it’s own challenges. According to the director Biyi:

We shot during the height of COVID-19 and Netflix insisted that we’re tested often. It was random. I was scared that I might test positive, because I knew that if I did, then everything would stop.

Sometimes, you’ll get to a location and you’ll be told that an actor in a scene has gone into isolation. So, it was pretty intense, it was not an easy shoot. When we did the last shoot, it felt like a relief.

9. There’s A Story About The Dogs That Found Kola’s Body 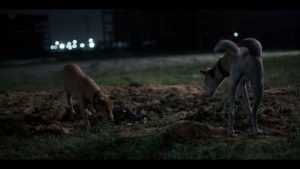 Here’s a random story for you about the dogs that found Kola’s body in the show. Biyi, the director said:

There was a scene with the wild dogs. Initially, when we were casting those, photos of the dogs were sent to me, and I said they look like Ajebutter dogs, not wild. On the night when some wild dogs were brought to the set, they wanted to eat up a cow who was in a field near the set.

And the dogs’ handler had to restrain them. They treated him like he was one of them and he behaved like he was also.

So, when it came to directing the scenes, I could not direct the dogs. We did all sorts of stuff, we just sat and waited, and eventually, they started doing what we wanted them to do of their own volition. And we enjoyed watching it. It was a joy watching that.

10. Mo Abudu’s Daughter Actually Came Up With the Story 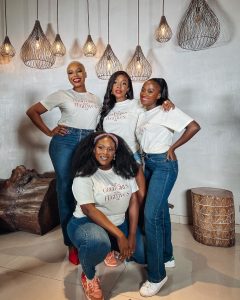 11. The Batcher in Makoko Was Actually Burned Down 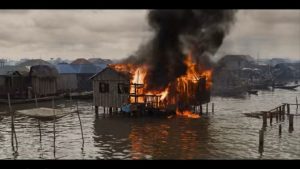 In one of Blood Sister’s most theatrical scenes, we see a batcher in Makoko get razed to the ground. That wasn’t CGI, they actually burnt it down. According to Ini Dima-Okojie:

Shooting at Makoko was cinematic on its own, but when we were told that a building was going to be burned down, I was shocked. Though we have had many thrilling scenes before that, the image of seeing a house being burned to the ground or water, as the case was, felt very powerful.