Here are the Nollywood actors who met their partner while in the movie industry and started a love relationship that has grown into marriage. 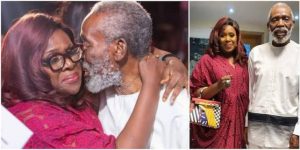 Olu Jacobs and Joke Silva’s marriage have been the best in the industry, The duo have been married for over 35 years and are unarguably Nollywood’s oldest power couple. They have been rated as the hottest couple in Nollywood. The beautiful couples met in 1981 at the National Theatre in Lagos during the 21st Independent Anniversary.

Olu Jacobs completed his tertiary education at the Royal Academy of Dramatic Art in London, United Kingdom where he studied Performing Arts while his wife, Joke Silva completed her tertiary education at Webber Douglas Academy of Dramatic Arts in London, United Kingdom where she studied Drama. In 1985, Joke Silva got married to Nollywood famous actor Olu Jacobs and the marriage is blessed with two grown up children and a grandchild. 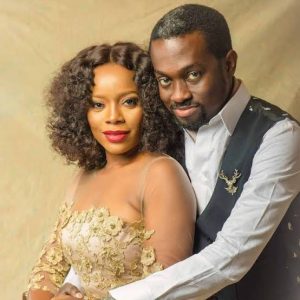 Florence and Iyke Okechukwu fell in love when they were paired as couples in one of the best African telenovelas, Tinsel. They were known as Chuks and Ene in Tinsel. Iyke Okechukwu is a popular Nigerian actor well known for his portrayal of Chuks Obi on Tinsel. His first acting role was in 2002 in a Kiddies show called ‘Fun Time’. He is also well known for his appearance in ‘Wetin Dey’ in 2007. The Duo have been married for 8 years and the marriage is currently blessed with 2 lovely children.

Naijapalaba.com earlier reported: Here are the 5 Celebrities Who Changed Their Teeth (Photos) 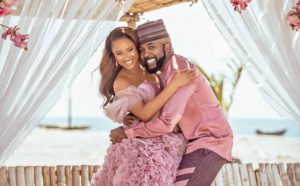 Olubankole Wellington well known as Banky W, a musician and his beautiful wife, Actress Adesua Etomi are another amazing couples who got married in 2017 after appearing in the movie, The Wedding Party, where they played the role of husband and wife. The Musician met his soulmate, Adesua Etomi on social media. It all started with an Instagram direct message. Banky W took the bold step by sending a direct message to Adesua on Instagram after stalking her for some time on the internet.

Both of them started getting along with each other, The duo revealed they never had the intention of marrying someone in the entertainment industry before fate brought them together as couple. Their relationship started in 2015, but both parties kept it on the low, away from the prying eyes of the media. Banky W officially announced his engagement with Adesua Etomi in February 2017. 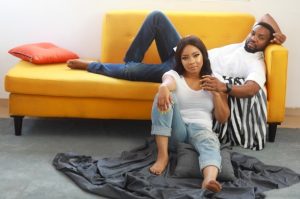 After Linda Ejiofor, Nollywood actress and model, and her hubby, Ibrahim Suleiman, appeared in the MNet TV Series, Tinsel. The duo tied the knot on November 11, 2018. The pair also emerged from Tinsel where they were paired as lovers. Linda Ejiofor once told the media that she and Ibrahim Suleiman have been friends for years before they decided to take the relationship to the next level after sharing a closer relationship on the set of Tinsel. 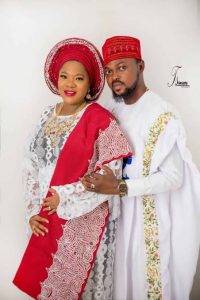 Nollywood actress Toyin Abraham had a traditional engagement with Nollywood actor, Kolawole Ajeyemi in July 2019, and the duo welcomed their first child in August 2019.

The Nollywood celebrity, Toyin Abraham has not been so lucky when it comes to marriage,not until she met her husband, Kolawole and she seems to be quite happy with him as she is always posting lovely pictures of him. 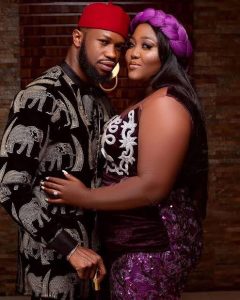 Stanley Ebuka Nze and Jessica are also a Nollywood celebrities who tied the knot In September 11, 2021. Stanley is a popular Nollywood actor who recently played the role of Ahanna in a 2020 Nollywood remake of Amaka Igwe classic, Rattlesnake. He was born on the 15th of May , 1989 in Lagos, Nigeria and currently 32 years old while Blessing Jessica Obasi is another popular Nollywood actress from Abia State in the south eastern part of Nigeria. She is also a movie producer and an entrepreneur. 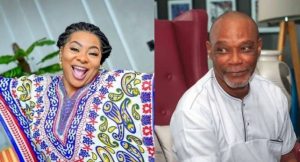 They are currently blessed with three lovely children. Gloria Young was shot to limelight after her performance in the Nollywood blockbuster movie “Glamour Girls”. During an interview, she revealed that despite her love for writing, stress and hard life made her quit journalism for acting. Gloria and Nobert Young are unarguably one of the oldest celebrity couples in the Nigerian film industry. 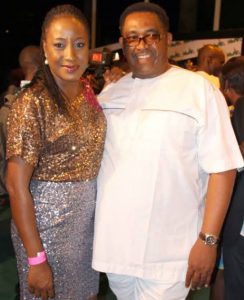 Veteran Nollywood actress Ireti Doyle and her husband Patrick Doyle have been married for over 20 years. The duo reunited after a period of separation. Patrick Doyle met her beautiful wife Ireti Doyle while she was still in her third year in the university. The couple met in a movie location in which her husband was the movie director and she was an up-coming actress. They are currently blessed with six lovely children. Ireti Doyle was born in Lagos, Nigeria. She has anchored several A-list television shows like Morning Ride on Silverbird Television and Nimasa on Channels Television.

She is currently starring in popular television series Tinsel. She is also a writer and has several screenplays to her credits. Her husband Patrick Doyle on the other hand is a creative filmmaker. He has produced and directed many blockbuster movies in Nigeria. Ireti Doyle and her husband Patrick Doyle have received several controversial reports about breakup and divorce. 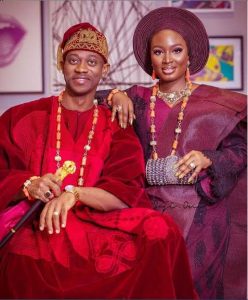 This came after they had individually vehemently denied having a love affair. Bimpe Oyebade said she didn’t see her wedding coming at all. Bimpe Oyebade and Adedimeji Lateef are one of Nollywood celebrities that are married to each other. 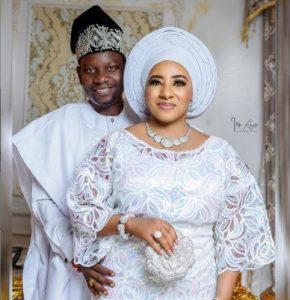 Nollywood actress Mide Martins and Afeez Abiodun who is also a Nollywood actor also got married to each other.

According to the mother of two, she disclosed that she married her husband, Afeez Abiodun who was her mother’s manager because of the qualities she found in him.

Mide said the qualities she saw in her husband was not money because Afeez Abiodun wasn’t rich or good-looking when she first met him, she stated. The couple had their 17th wedding anniversary on September 8th, 2021. The lovely couples are proud parents of two beautiful girls. The marriage suffered a brief separation but they later reunited in April, 2016