Governor Dapo Abiodun of Ogun State has declared free basic education in all public school in Ogun State, putting an end to the #3,700 tuition fees paid during the Ibikunle Amosun-led administration.

This is coming in fulfilment of his campaign promise of free education in the state and as suggested by Parents Teachers Association (PTA) in the state. Abiodun noted while speaking on the new development in a series of tweet that the fee negates the free education policy of his administration, hence the total removal.“I have been criticized in the media about the N3,700 PTA fee. I did not introduce the fee. It was proposed by the PTA and accepted by the previous administration. The fee negates the free education policy of this administration. It is like payment through the back door. I hereby suspend the payment in all our schools.

We will also look into the issue of principal and headmaster generals. I have told them to go and look at and how we can make it work without having to charge anybody because we promised we are going to offer free education“, he said.

Jamb 2020 CBT Expo Runz- And how you can get high grades. 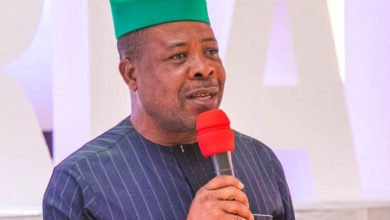 2020 JAMB: The Complete List of JAMB Subject Combinations for all Courses – OUT NOW!!!