Elon Musk has revealed his telecommunication company, After months of negotiation, The world richest man revealed on Twitter, On Friday, May 27, that his company, the satellite internet service launched by SpaceX, his space exploration company, has been approved in Nigeria and Mozambique.

Starlink has a global reach after the company spent between $5 billion and $10 billion to launch thousands of satellite, The entry of Elon Musk’s Starlink into the Nigerian telecoms market is set to drive a new wave of competition among the telecommunications service providers in the country. 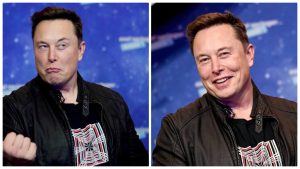 According to Nairametrics, The Nigerian Communications Commission (NCC) also confirmed that it has licensed Starlink, a satellite internet constellation operated by SpaceX, providing satellite Internet access coverage to 32 countries.

Read also: See why Elon musk lost his position as he attempts to buy Twitter

It said “The company received two licenses, which include the International Gateway license and Internet Service Provider (ISP) license, and will be trading as Starlink Internet Services Nigeria Ltd.

This licensing followed a visit to Nigeria by the company’s team in May last year.

According to NCC, the International Gateway license has a 10-year tenure while the ISP license is to last for five years.

Both licenses take effect from May 2022 and may be renewed after the expiration.” Types of licence Musk Starlink will operate under the Internet Service Provider (ISP) category and will be trading as Starlink Internet Services Nigeria Ltd.

According to NCC, the license, which takes effect from May 2022 is to last for ten years, after which it may be renewed.

It is expected that Starlink provides high-speed, low-latency broadband internet across the globe. Within each coverage area, orders are fulfilled on a first-come, first-served basis.

Starlink promises to bring high speeds and latency as low as 20 minutes in most locations, Starlink enables video calls, online gaming, streaming, and other high data rate activities that historically have not been possible with satellite internet. Users also have the option to take Starlink with them via the Portability feature or Starlink.