Justin Dean, Korra Obidi’s ex-husband, has been threatened by Nigerians, he shared the threat messages he received.

In the messages he received through Instagram, the Nigerians were asking him to go and apologize to  Korra otherwise they will attack him.

Justin says this isn’t the first time he has been threatened with “juju/black magic”.

He also said do they think he doesn’t understand pidgin English? 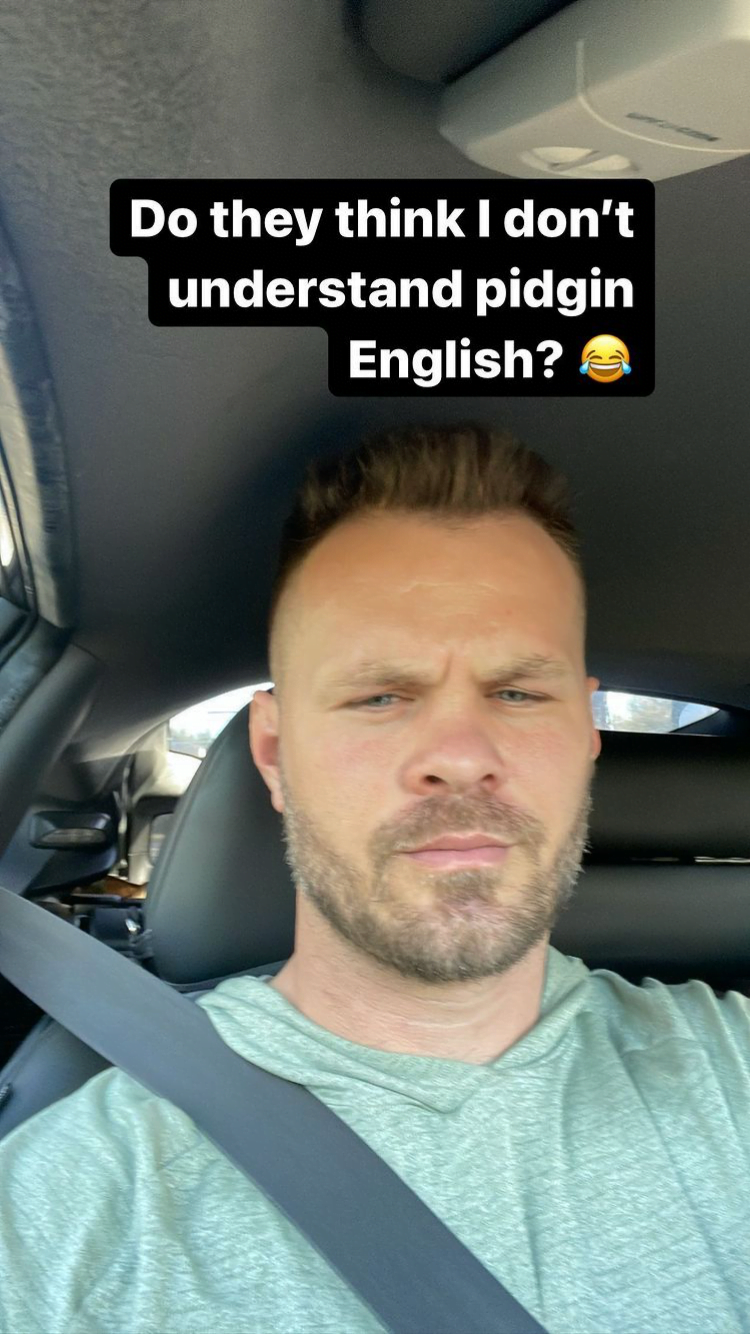 See the threat messages below… 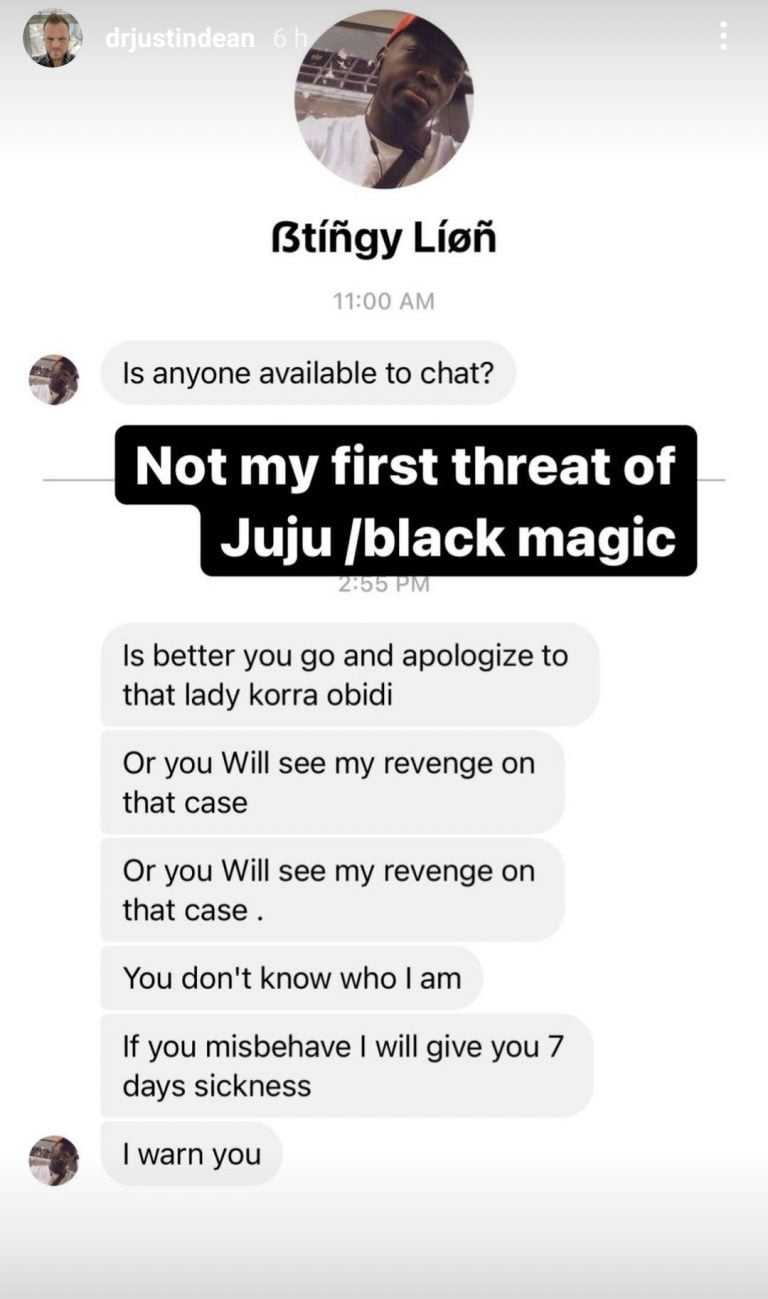