Chris Brown took to his Instagram Story to drop a congratulatory message after it was announced that Rihanna has welcomed a baby boy. 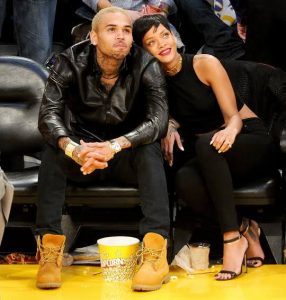 “Congratulations,” he wrote, alongside an emoji of a pregnant woman.

In other news, World famous Barbados singer, Rihanna and her partner American Rapper, A$ap Rocky drove internet users agog some days ago when the news of them anticipating their first child together circulated the internet with photos.

However, some people believed that popular Toronto superstar, Drake, won’t be happy with the development. Remembering that Drake and Rihanna were once love birds in 2009 that really buzzed the internet during those period in which people considered them as a power couple before having a fall-off. They separated from one another, with Riri confirming to Vogue in 2018 that she and the “Wild thoughts” collaborator are no longer friends