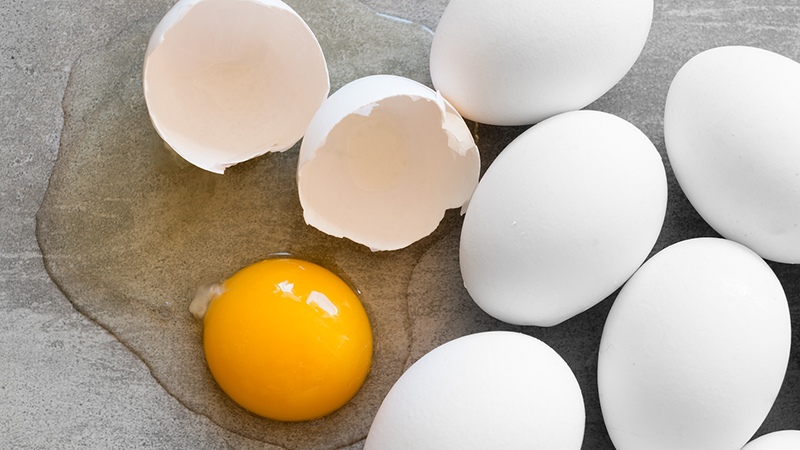 Are eggs helpful to our health… or a cause of heart disease?

If there was such a thing as a perfect food, eggs would be a contender. They’re readily available, easy to cook, affordable and packed with protein.

“The egg is meant to be something that has all the right ingredients to grow an organism, so obviously it’s very nutrient dense,” says Christopher Blesso, associate professor of nutritional science at the University of Connecticut in the US.

Eating eggs alongside other food can help our bodies absorb more vitamins, too. For example, one study found that adding an egg to salad can increase how much vitamin E we get from the salad.

But for decades, eating eggs has also been controversial due to their high cholesterol content – which some studies have linked to an increased risk of heart disease. One egg yolk contains around 185 milligrams of cholesterol, which is more than half of the 300mg daily amount of cholesterol that the US dietary guidelines recommended until recently.

Does that mean eggs, rather than being an ideal food, might actually be doing us harm?

Cholesterol, a yellowish fat produced in our liver and intestines, can be found in every one of our body’s cells. We normally think of it as “bad”. But cholesterol is a crucial building block in our cell membranes. It also is needed for the body to make vitamin D, and the hormones testosterone and oestrogen.

We produce all the cholesterol we need on our own, but it’s also found in animal produce we consume, including beef, prawns and eggs, as well as cheese and butter. 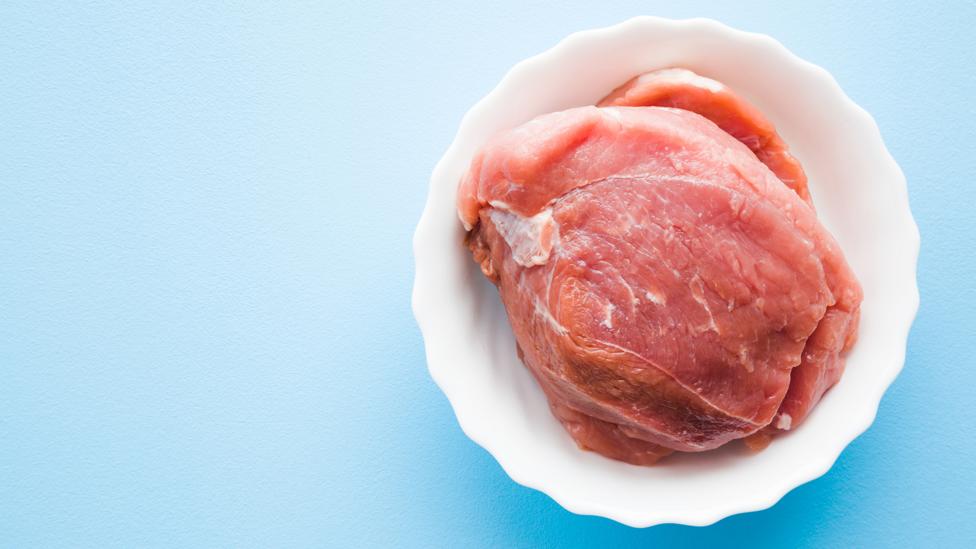 Cholesterol is found in animal products like beef as well as eggs (Credit: Getty Images)

Cholesterol is transported around our body by lipoprotein molecules in the blood. Every person has a different combination of various types of lipoproteins, and our individual make-up plays a role in determining our risk of developing heart disease.

Low-density lipoprotein (LDL) cholesterol – referred to as “bad” cholesterol – is transported from the liver to arteries and body tissues. Researchers say that this can result in a build-up of cholesterol in the blood vessels and increase the risk of cardiovascular disease.

But researchers haven’t definitively linked consumption of cholesterol to an increased risk of cardiovascular disease. As a result, US dietary guidelines no longer have a cholesterol restriction; nor does the UK. Instead, emphasis is placed on limiting how much saturated fat we consume, which can increase the risk of developing cardiovascular disease. Foods containing trans fats, in particular, increase our LDL levels. Although some trans fats occur naturally in animal products, most are made artificially and are found in highest levels in margarines, snacks, and some deep-fried and baked foods, such as pastry, doughnuts and cake. 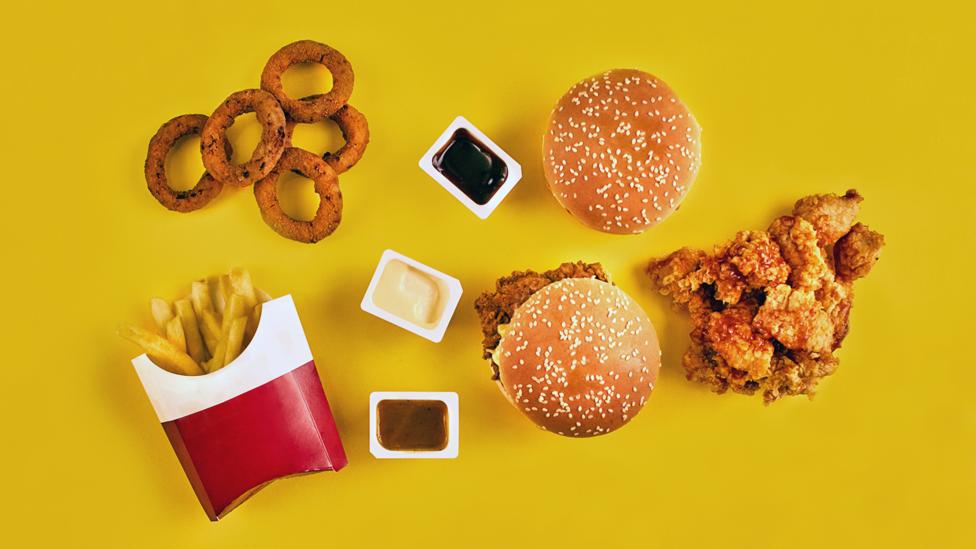 Meanwhile, along with prawns, eggs are the only food high in cholesterol that are low in saturated fat.

“While the cholesterol in eggs is much higher than in meat and other animal products, saturated fat increases blood cholesterol. This has been demonstrated by lots of studies for many years,” says Maria Luz Fernandez, professor of nutritional sciences at the University of Connecticut in the US, whose latest research found no relationship between eating eggs and an increased risk of cardiovascular disease.

The discussion on the health effects of eggs has shifted partly because our bodies can compensate for the cholesterol we consume.

“There are systems in place so that, for most people, dietary cholesterol isn’t a problem,” says Elizabeth Johnson, research associate professor of nutritional sciences at Tufts University in Boston, US.

In a 2015 review of 40 studies, Johnson and a team of researchers couldn’t find any conclusive evidence on the relationship between dietary cholesterol and heart disease.

“Humans have good regulation when consuming dietary cholesterol, and will make less cholesterol themselves,” she says. 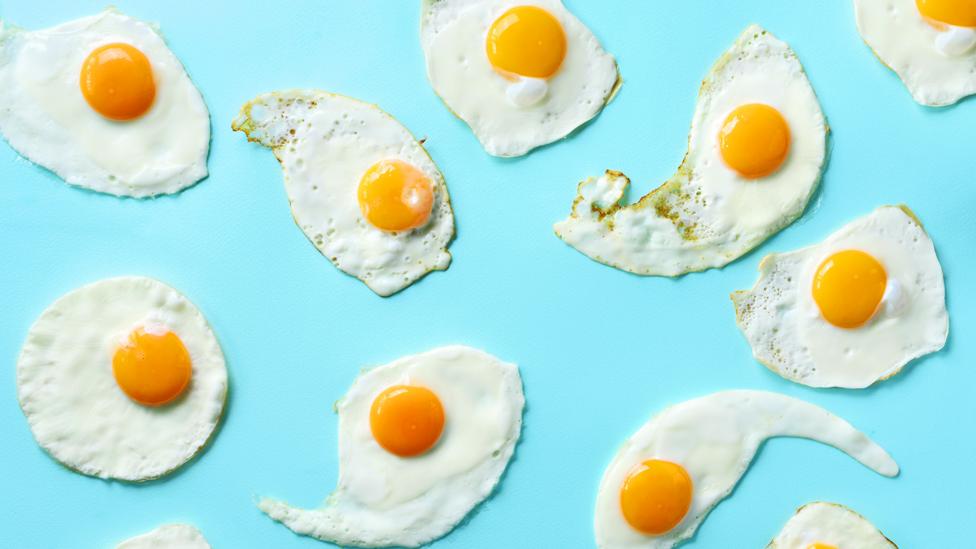 Cholesterol is harmful when it is oxidised – but the antioxidants in eggs prevent that process from happening (Credit: Getty Images)

And when it comes to eggs, cholesterol may pose even less of a health risk. Cholesterol is more harmful when oxidised in our arteries, but oxidisation doesn’t happen to the cholesterol in eggs, says Blesso.

“When cholesterol is oxidised, it may be more inflammatory, and there are all kinds of antioxidants in eggs that protect it from being oxidised,” he says.

Also, some cholesterol may actually be good for us. High-density lipoprotein (HDL) cholesterol travels to the liver, where it’s broken down and removed from the body. HDL is thought to have a protective effect against cardiovascular disease by preventing cholesterol from building up in the blood.

“People should be concerned about cholesterol that circulates in their blood, which is the one that leads to heart disease,” says Fernandez.

What matters is the ratio of HDL to LDL in our bodies, as elevated HDL counteracts the effects of LDL. 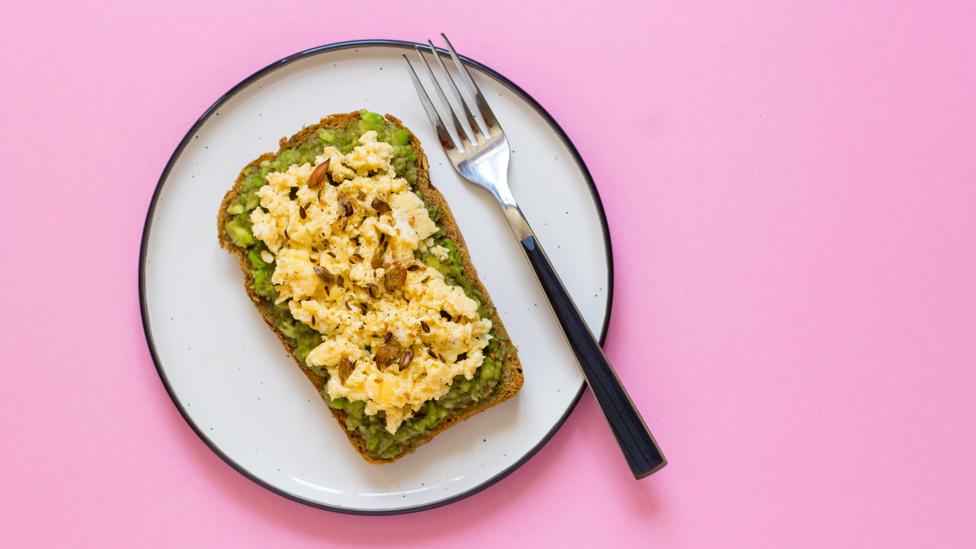 One study found that an additional half egg per day was linked to a higher risk of heart disease… (Credit: Getty Images)

Research published earlier this year, though, challenged the recent consensus that eggs pose no harm to our health. Researchers looked at data from 30,000 adults followed for an average of 17 years and found that each additional half an egg per day was significantly linked to a higher risk of heart disease and death. (They controlled for the subjects’ diet patterns, overall health and physical activity to try to isolate the effects of eggs.)

“We found that, for every additional 300mg cholesterol person consumed, regardless of the food it came from, they had a 17% increased risk of cardiovascular disease, and 18% increased risk of all-cause mortality,” says Norrina Allen, one of the study’s authors and associate professor of preventive medicine at Northwestern University in Illinois, US.