These well known female skit makers have been making waves in the industry ever since they became popular and a lot have changed in their appearance and dressings.

Kemi Ikuseedun, popularly known as Mummy Wa is a female skit maker who has become popular in the entertainment industry. She made a name “Mummy Wa” after featuring with Daddy Wa, well known as Mr. Macaroni.

Mummy Wa still features in Mr Macaroni’s skit and also does her own comedy, Kemi’s throwback photos have revealed that she has changed a lot after she became known in the entertainment industry. 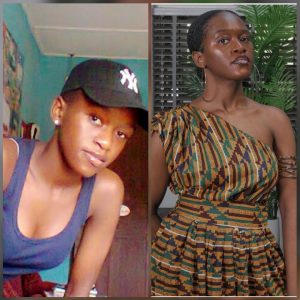 Another female skit maker, Gloria Oloruntobi, well known as Maraji, have changed over the years after her popularity.

Ever since maraji became known for her quality comedy contents she has been making a lot of waves in the entertainment industry. 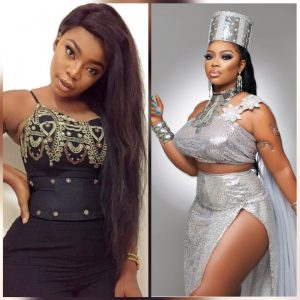 Amarachi Amusi, popularly known as Ashmusy is another female entertainer who has changed after entering the entertainment industry. Her Throwback photos and her recent ones showed that Ashmusy is currently one of the most successful skit maker.

Maryam Apaokagi, professionally known as Taoma or Tao, is another top female entertainer who has changed a lot after entering  into the entertainment industry.

Taaooma is no doubt one of the most sought after comedians, and she has always made her fans smile on social media. She is still very active in the entertainment industry. 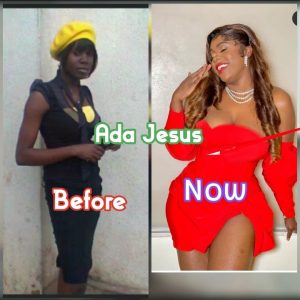 Ever since Chinonso Ukah, otherwise known as Ada Jesus,Came into the entertainment industry, the female celebrity have really changed in her body and appearance . There were a lot of changes, and she once posted how much she had changed on social media. Ada Jesus is currently one of the most sought-after female skit makers on social media. 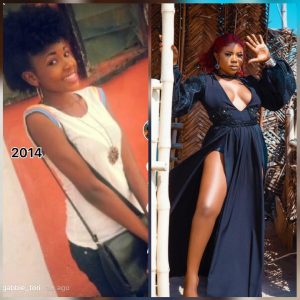 Tags
Before and after Celebrity skit makers
OlamideMay 16, 2022
20
You may have Missed
Load More
Facebook Twitter Messenger Messenger WhatsApp Telegram
Close
Naijapalaba
Manage Cookie Consent
To provide the best experiences, we use technologies like cookies to store and/or access device information. Consenting to these technologies will allow us to process data such as browsing behavior or unique IDs on this site. Not consenting or withdrawing consent, may adversely affect certain features and functions.
Manage options Manage services Manage vendors Read more about these purposes
View preferences
{title} {title} {title}