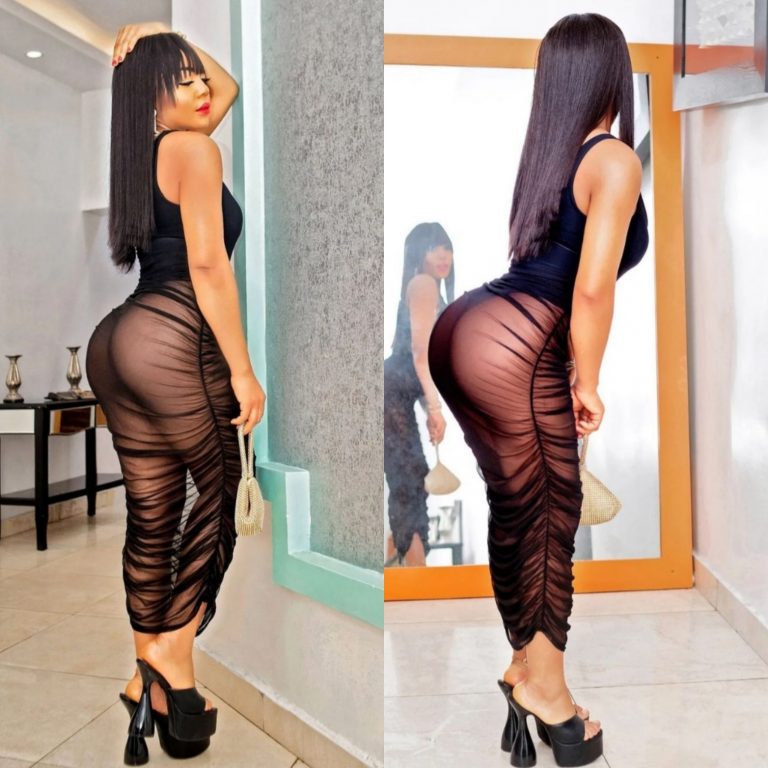 The reality star who recently flaunted her curves in a sheer see-through figure-hugging dress that got tongues wagging.

The entrepreneur took to her Instagram story, she said said that broke people with miserable lives troll others.

“Some of you will say I broke shame trolls but the truth is… I have never seen a rich person troll. Only broke people with miserable lives have time to scrutinize other people’s post just for the sake of writing terrible things about them. Rich people are too busy for that kind of shit,” she wrote. 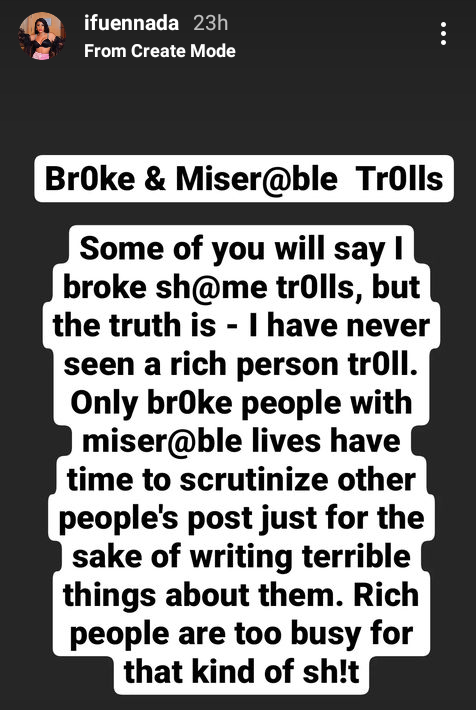 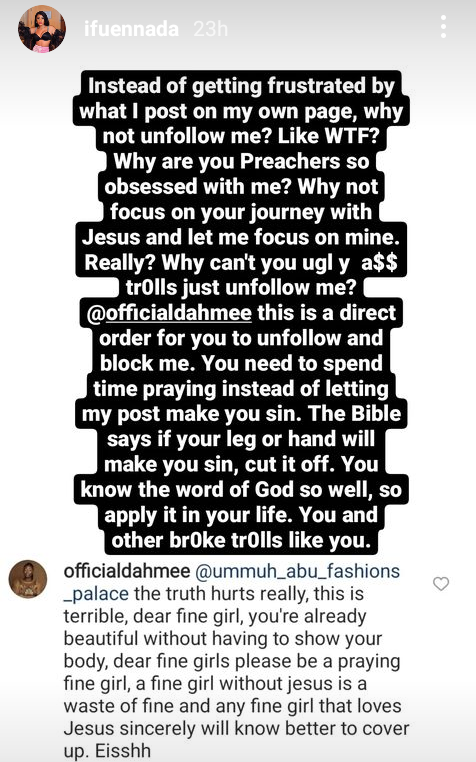