Airtel is sending an SMS to select customers, saying that the company has credited free 1GB of data in the form of a data voucher. 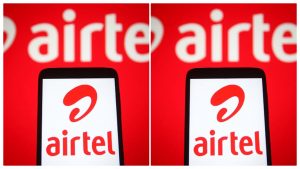 Airtel offering 1 GB of free high-speed internet data to a few of its users. This data is being offered in the form of vouchers to users who are on smart plans, reported OnlyTech. These select users are being informed that the 1GB of free data has been added to their account in the form of a data voucher via text messages. Here’s everything you need to know.

Airtel is sending an SMS to select customers, saying that the company has credited free 1GB of data in the form of a data voucher.The high-speed data is available for three days and it will automatically expire on June 1, if it remains unclaimed, the report notes.

The data voucher is visible in the Coupons section in the Airtel Thanks app. If you are lucky, you might also have received it. So, one can go and check in the Airtel app.

Additionally, the free data is said to be given to “low recharge customers usually on a Rs 99 Smart pack.” Once claimed, the voucher will be added to the users’ Airtel account balance within 15 minutes.

Airtel has also launched three new broadband plans. The latest Rs 1,599 broadband plan from Airtel offers free access to over 350 channels with Airtel 4K Xstream Box. One will be required to pay Rs 2,000 for this box, which is a one-time charge. With this setup box, users will be able to enjoy cable TV as well as OTT content.

There is also the Rs 1099 broadband plan that comes with 200Mbps of speed with 3.3TB monthly FUP data. The OTT benefits are similar to the Rs 1599 Airtel broadband plan. The only difference is you don’t get Netflix. But, you will be able to access all the other OTT platforms with this broadband plan. The Airtel Xstream Box offer is also valid on this and customers will get 350+ TV channels with this one too.

Lastly, the Rs 699 Airtel broadband plan comes with 40Mbps speed and all the above-mentioned OTT platforms, except for Netflix and Amazon Prime Video. The free TV channel offer is also applicable here. All the broadband plans are already live on the official site.