Yewande Adekoya a Popular Yoruba actress, has finally broken her silence after her marriage to her husband, Abiodun Ishola Thomas, crashed.

Rumour had it that her eight-year-old marriage to her ex husband has crashed last week with different versions of the story making rounds.

However, the actress cleared the air through her chat with Instagram blogger, Gist Lover, and explained why she decided to leave him.

According to her, she was emotionally abused in the marriage as her ex was a control freak, temperamental, a cheat and a liar, she said at first she was convinced he was faithful but she got shocked when he started showing his real self.

She explained a lot of things and She decides that she won’t have anything to do with this version of him because she is tired of being treated like she doesn’t matter and begging him to love her.

Yewande, who claims she has been the one carrying the financial load in their marriage, said all she wanted was for him to grow up and act responsibly but he didn’t meet her expectations so she left.

Read excerpts from the chat below, 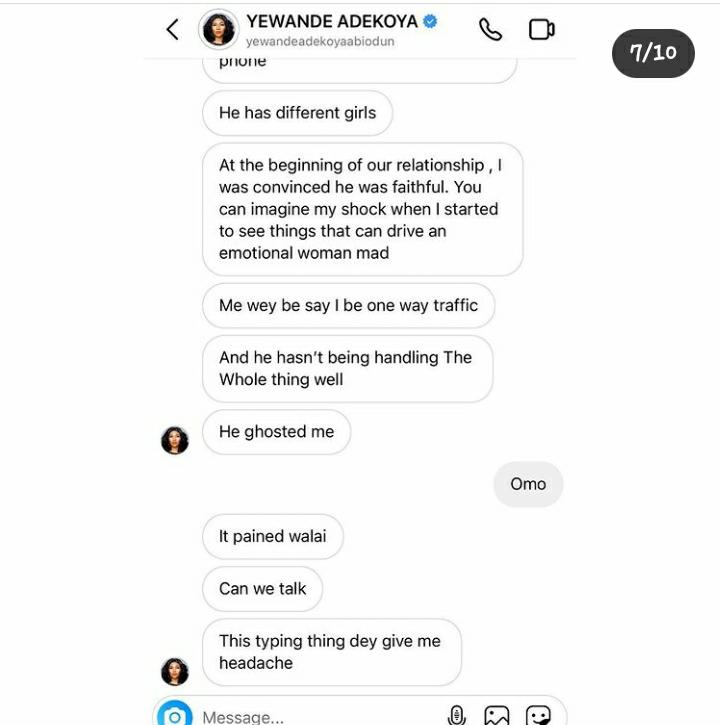 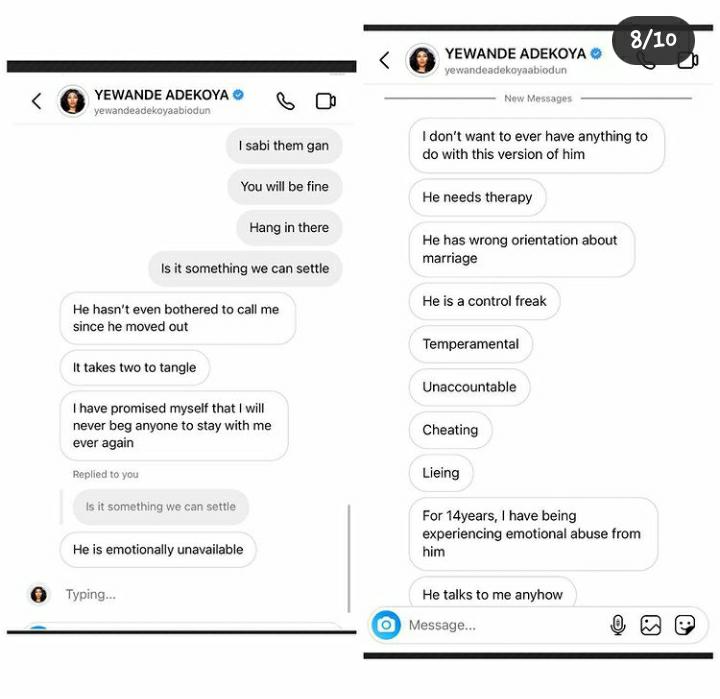 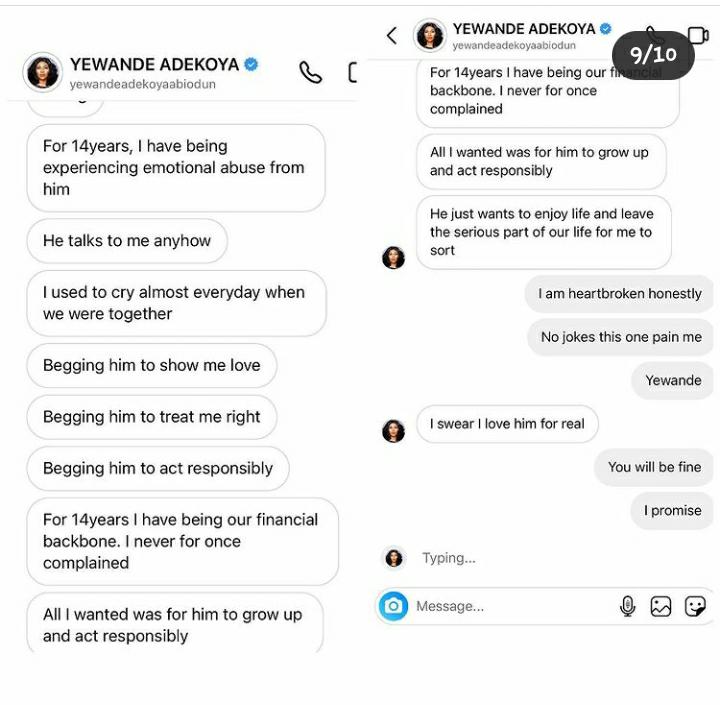 Following her disclosure, netizens started dragging her estranged husband over the way he treated her despite her love and sacrifices.

However, Yewande has appealed to people to stop insulting him because he is still the father of her children.

Read what she wrote below… 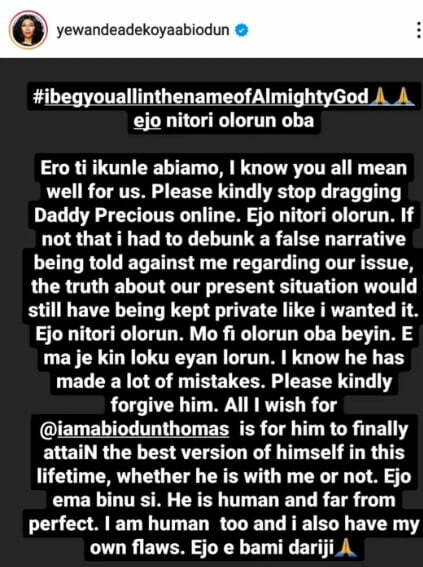