Abacha’s loot: Focus On How The Fund Is Being Utilized Instead of Asking Rhetorical Question – AGF

The Attorney-General of the Federation and Minister of Justice, Abubakar Malam, has advised Nigerians on the way Abacha looted fund is being rather than asking irrelevant questions.

According to the statement released by the office of Attorney-General of the Federal, Mallam stated that the majority of the controversies being generated on media regarding the Abacha recovered looted fund should be put aside.

The Attorney-General of the Federation said that the word termed ‘Abacha loot’ should be changed because the funds were legitimately recovered and have become an asset.

He advised Nigerians to concentrate more on how the funds are being used instead of engaging in what he termed a contest of ‘verbal dexterity and vocal acrobatics’.

Read the full statement below, 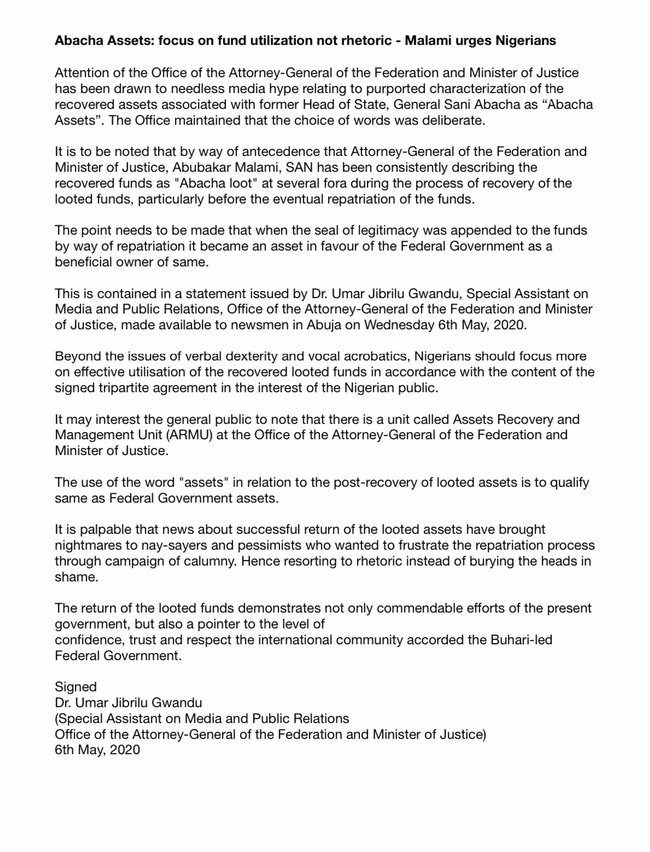 Earlier this week Nigeria has recovered over $311 million of stolen funds from the country’s former military ruler, General Sani Abacha from the United States and Jersey