A young lady identified as Adegor Rukevwe Sophia was allegedly murdered in an hotel in Delta State .

Sophia who was said to be a popular socialite in the student community, was allegedly beheaded in a hotel room in Ozoro community of the state.

Facebook user, Akpomedawaro Ike who penned down a tribute to her wrote;

Lord have mercy A young lady was allegedly murdered in an Ozoro hotel and her head cut off. Said to be a socialite of the student community, she was identified simply as Late Miss Adegor Rukevwe Sophia.
May her soul Rest In Peace. Ozoro mourns 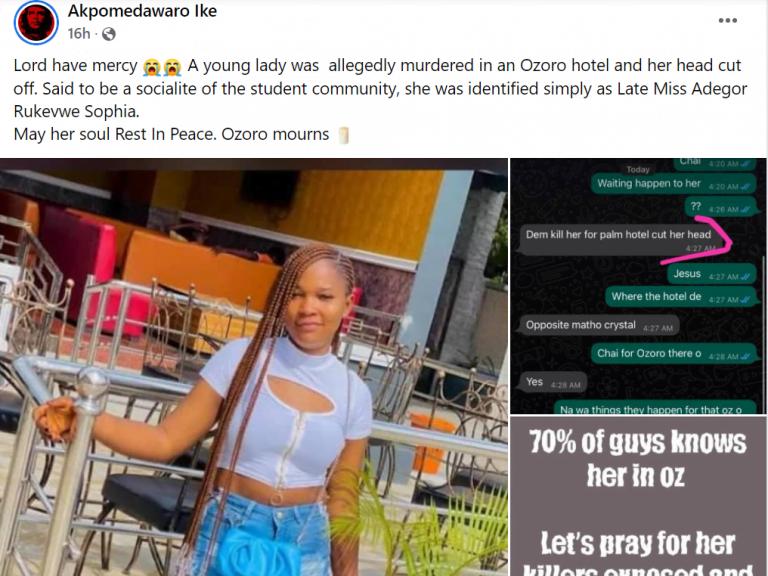 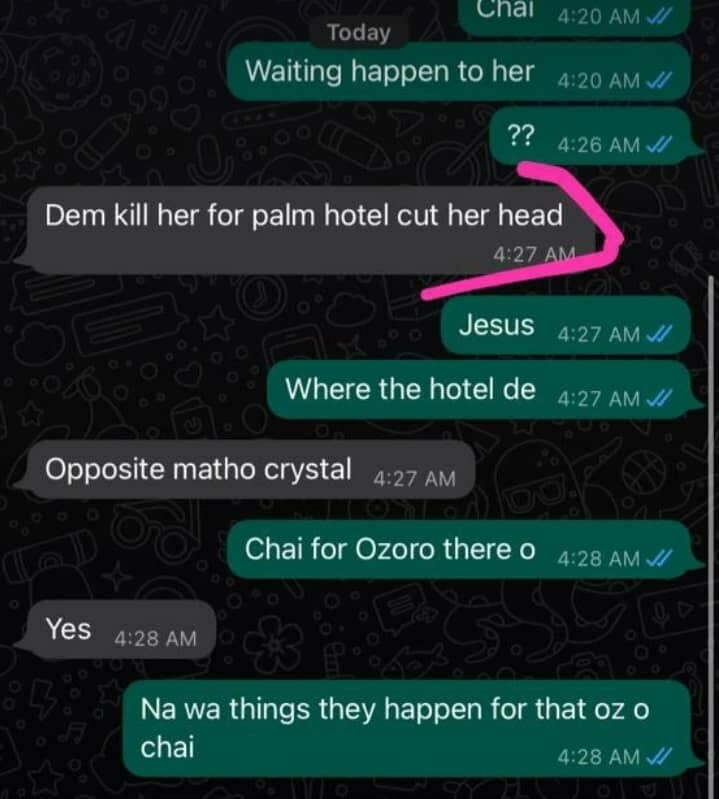 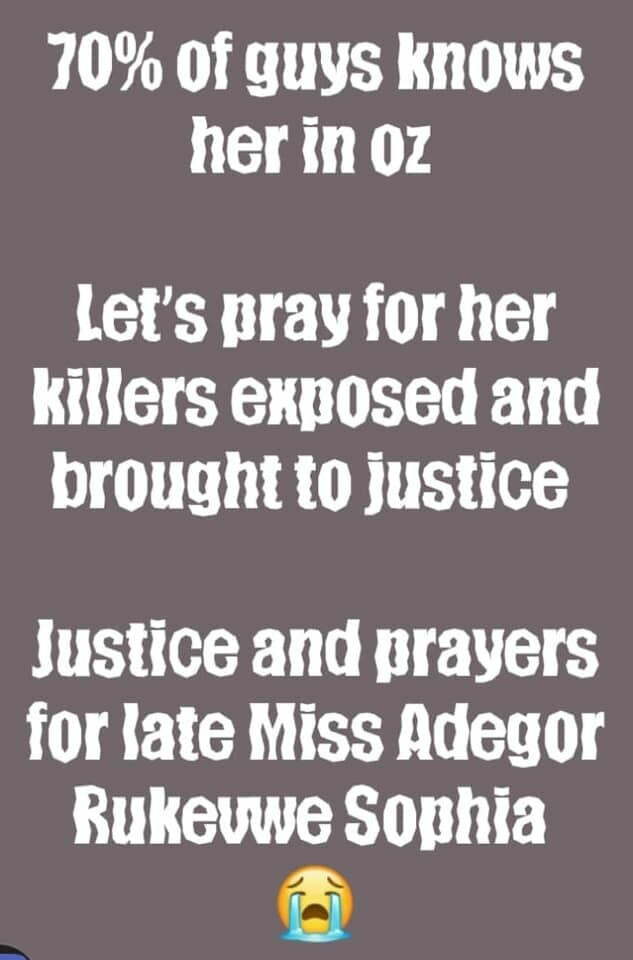